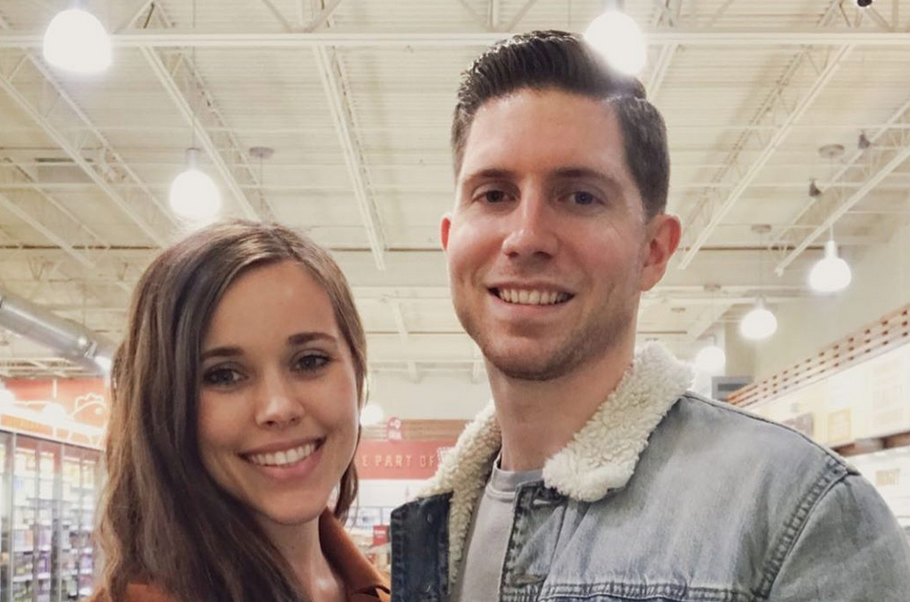 Eagle-eyed Duggar fans were quick to notice that Jessa Seewald’s son Henry had a bandaid on his face in a recent photo. So, the mom took the time to explain and clear up any concerns.

On Instagram, Ben Seewald shared a new picture of Henry, 3, and Ivy, 1, together. In the photo, Henry is sitting on the floor and has Ivy leaning up against him. He has his arms hanging loosely around her neck. Ivy has a little smile on her face, and Henry appears to be proud of himself.

Ben explains that Henry wanted to hold his little sister. According to Ben, Henry said, “Look, I’m holding Ivy!” Jessa commented on the post, calling Henry, “such a sweet big bro!” Henry and his brother Spurgeon, 4, seem to adore their younger sister.

Plenty of Ben’s followers gushed over the adorable kids. It seems like Ben and Jessa’s kids are fans’ favorites. They always get lots of love on social media.

While the focus of the picture was on the cute sibling moment, Duggar fans were quick to notice something else.

Some of Ben’s followers noticed that Henry has a bandaid near his eye. Naturally, some of them became concerned about the little guy. One fan asked what had happened to his eye. Another fan asked if Henry had broken his nose.

Obviously, Jessa didn’t want her family’s fans to get too concerned about the little guy. So, she explained, “Henry and Spurgeon were playing with sticks in the backyard, and he got a little scratch on his cheek. Of course, bandaids are always ‘needed,’ even if the boo-boo is minor.”

In response, plenty of Duggar fans shared their own experiences with their kids needing bandaids for even the smallest injuries. Like Henry, many other children think bandaids are necessary for any type of injury.

Other fans joked about the way Henry is holding his sister. Since he has his arms wrapped around her neck, they joke that he’s “strangling” her. Of course, the parents try to prevent that as much as possible. And it doesn’t look like he’s hanging on too tightly. Jessa chimes in, saying, “Haha! Yes, we’re always reminding the boys— ‘Hold her under the arms, not around the neck!'”

Counting On airs Tuesdays at 9/8c on TLC. Don’t miss the next episode!