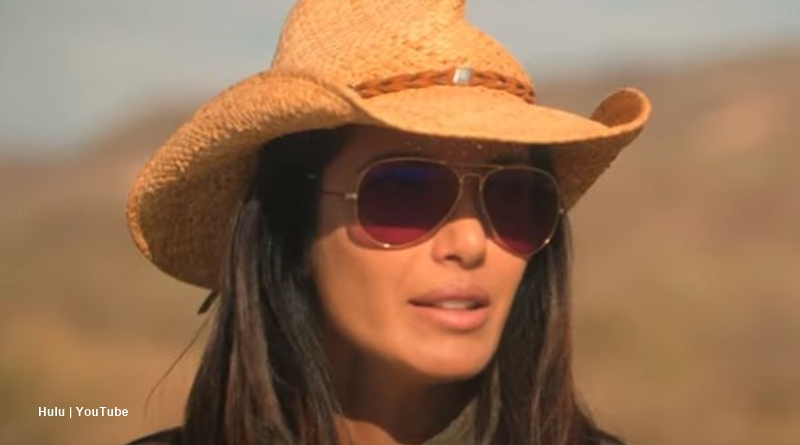 Taste The Nation arrived on Hulu this year. Plus, Padma Lakshmi is well known for her role as a judge on Bravo’s Top Chef. Her new series shows how American cuisine draws from many different cultures. Fans follow her Instagram account for cooking tips and great recipes as well. And this weekend, she shared about making  Sichuan Bok Choy. A troll snuck in and dissed her. But, she hit back with an epic takedown.

Fans across the world love cooking shows. Gordon Ramsay’s very popular and so is Top Chef. Padma, famous for cooking shows, modeling, and her books, accumulated a lot of fans. And, it’s hard to think that anyone could find something to troll her about. But a troll did just that. Possibly, they slunk away licking their wounds after Padma’s awesomely epic takedown. Wearing a tank top and jeans, she referred to some notes as she worked.

While many people asked about mushrooms and alternate veg, one decided they didn’t like Padma’s shirt or the fact she read off notes. The troll popped up and wrote, “you could not think of another shirt or to do it without the internet printout??? ridiculous!!!.” Well, fans thought that Padma’s comeback really took it away. Certainly, the troll disappeared off the Taste The Nation star’s page after she hit back at them.

Sounding classy as anything, Padma replied, “Excuse me? Why are you even on my page dear? What happened to you today that you need to lash out at me?” Then she talked about the “internet printout,” putting them right on that. Apparently, she just “tests” a recipe for her “upcoming cookbook.” Then she questioned why it should worry someone even if it came from internet printout. She added, “Why would that be so terrible?”

Not done with the troll yet, Padma Lakshmi then said, “And my home, my choice of shirt. There’s so much negativity in the world, do we really need more of it from you on my clothing or recipes?” The epic takedown came with, “Pls take a hot bath, have a glass of wine, or even pleasure yourself if you have to because you clearly are in need of some joy today. I’m sorry my cooking didn’t do it for you. I really am.” Taste The Nation fans loved her response.

One fan joked, “I’m taking your advice! She should too. But I’m gonna do it in the reverse order. 😉.” Another one appreciated the takedown, writing, ” 🤣🤣 even pleasure yourself.. you are on my favorite.” Another Taste The Nation fan wrote, “ha too quick n smart for that bad cookie😂🙌🏼🔥shirt was great the girls fire 🔥.”

What did you think of Padma Lakshmi’s takedown of that troll? Did you think it was epic?” Sound off in the comments below.