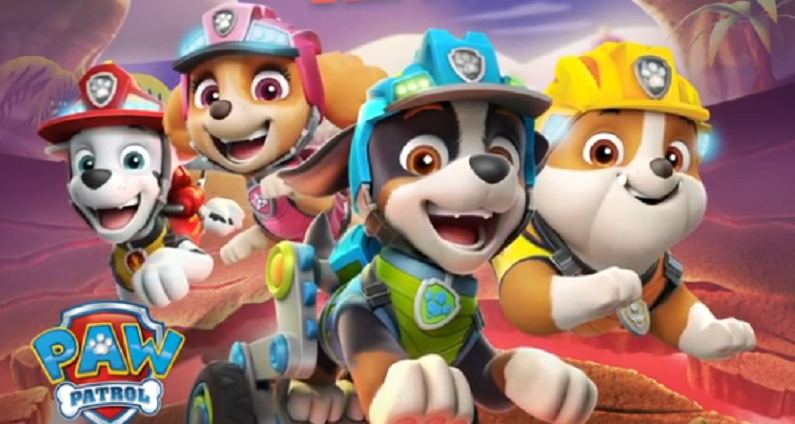 Paw Patrol is still around, despite the latest controversy. As TV Shows Ace reported, Twitter users called for the cancellation of the animated series. The children’s series is about a little boy who adopted a group of search and rescue dogs that call themselves the PAW Patrol. Every episode focuses on a special mission in which they protect the residents of Adventure Bay.

Many called for the show’s cancellation amid the racial unrest in America. This comes after the cancellation of Paramount Network’s Cops and A&E’s Live PD. White House Press Secretary Kaleigh McEnany announced the cartoon’s cancellation on Friday, July 24.

Paw Patrol is sticking around, despite White House claims

“No need to worry. PAW Patrol is not canceled,” the show said.

Earlier that day, McEnany name-dropped Paw Patrol and other cop shows during a press conference. She called the unfolding of events due to cancel culture. McEnany said that President Donald Trump is not a fan of “cancel culture,” especially when it comes to police officers.

“We saw a few weeks ago that PAW Patrol, a cartoon show about cops, was canceled,” she said, as per Deadline. “The show Cops was canceled. Live PD was canceled. Lego halted the sales of their Lego City police station.”

No need to worry. PAW Patrol is not canceled. 🐶

Before the cancellation rumors, the Paw Patrol Twitter account showed its support for the Black Lives Matter Movement, as per People. This came after the show received criticism that it glamourizes police officers. Critics feel Nickelodeon should pull the show from its daytime lineup.

“In solidarity of #amplifymelanatedvoices we will be muting our content until June 7th to give access for Black voices to be heard so we can continue to listen and further our learning,” the Paw Patrol account tweeted.

In solidarity of #amplifymelanatedvoices we will be muting our content until June 7th to give access for Black voices to be heard so we can continue to listen and further our learning. #amplifyblackvoices pic.twitter.com/NO2KeQjpHM

McEnany was partially right. Paramount Network canceled Cops and A&E canceled Live PD last month following the criticism for the way the shows portrayed law enforcement officers and suspects. However, Lego did not halt the sales of its Lego City police station, according to a spokesperson that spoke to Tech Crunch.

Calls for cancellation of the animated show grow

The Paw Patrol pups are not going anywhere. But that doesn’t mean the backlash will die anytime soon. Many have called for the show’s cancellation because of its positive portrayal of the police. It has adorable puppies playing the role of police officers. The Nickelodeon show features six rescue dogs that are in training, as per KSAT.com.

Catch the pups in an all new episode of PAW Patrol: Dino Rescue this Friday on Nickelodeon. 🦕🦖💙🐶 #DinoRescue

The show doesn’t just portray police officers. According to the show’s website, the other dogs play the role of construction worker or firefighter. Most of the backlash was about the positive portrayal of Chase, a German Shepherd that serves as the police and spy dog.

While Cops and Live PD faced an abrupt cancellation, it looks like the Paw Patrol gang will be around for now.

Source Says These Duggar Family Announcements Are Coming Soon
Cassie Randolph Shocked By Colton Underwood Reveal, What Does She Think?
Frustrated Fans Are Over Danielle Busby & Here’s Why
Jill Duggar Has A Totally Awkward Mom Photo Fail
‘The Young And The Restless’ Hunter King Gets A ‘Chop Chop’