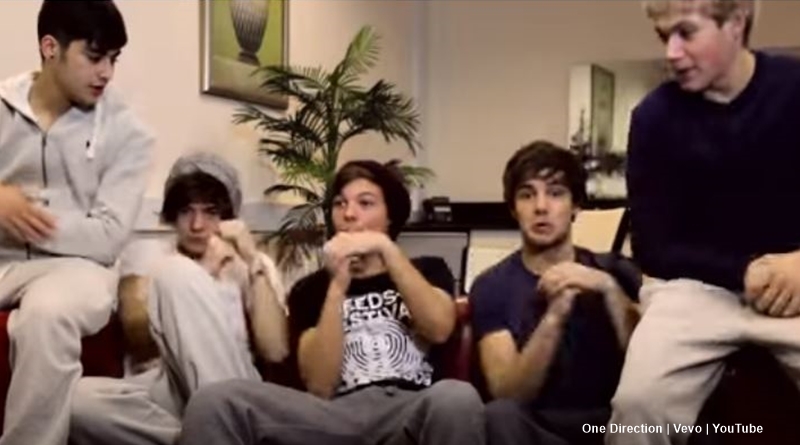 Simon Cowell death rumors arose in June this year. His many fans panicked when they saw it trending on Twitter. But, he didn’t die, despite an altered Wikipedia entry on his death. But now, trolls wish him dead after he shared a throwback photo of One Direction. The hatred seems astonishing, as he helped the boy band on their road to fame via the X-Factor.

Simon shared a throwback photo of One Direction

The music personality, famous for making or breaking the career aspirations of talented people, helped the boy band on their road to fame. But later, he said to The Sun he felt “Sorry for making you famous” after they all signed solo deals with new labels, Talkto reported. He also accused Harry Styles of disloyalty when he signed for a new solo album. Things went bad between the band who accused him of being extremely difficult to work with. He countered by suggesting that were “a nightmare” bunch of boys.

Billboard reported on July 23, that the group released a “10th Anniversary Video.” Titled 10 years of One Direction, the video’s available on YouTube. It quickly garnered hundreds of thousands of likes and comments. When it came out, Simon Cowell shared a throwback photo. He captioned it with, “Today is a very special day. I was lucky enough to meet five guys. Who were so much fun. So talented. It feels like 10 minutes ago. And you made it happen.” It went down like a cup of hot mess with trolls who hate him for saying horrid things about the band he created.

In essence, they complained because they see it all in a very poor light. Basically, they felt the boy band idea came from guest judge Nicole Scherzinger, and Simon “stole” her idea. They accused him of all the horrid things they think he did to them. One person recalled that he allegedly “made Harry sing” when he lost his voice. They recall how he once switched off Niall’s mic as he felt he didn’t perform as well as the others. And, Zayn left the band because Simon made them work too hard.

But, some really terrible comments came from trolls who actually wish Simon Cowell dead or in jail. Here’s what some of those people said about the man who made the band famous:

But other people who follow Simon Cowell seemed shocked at all the terrible things trolls said to him. One pointed out, “do you think huge success happens by not working hard then? One Direction came THIRD on XFactor and Simon gave them the platform, guidance, and team to become (arguably) the biggest boy band ever.”

Today is a very special day. I was lucky enough to meet five guys. Who were so much fun. So talented. It feels like 10 minutes ago. And you made it happen.

Others think people wishing Simon Cowell dead are actually worse than anything they accuse him of. Do you agree? Sound off in the comments below.

‘My 600 Lb Life’ Milla Clark: Where Is She Now And How Is She Doing?
‘Autopsy: The Last Hours Of Bob Crane’: Release Date, How To Watch
AWW!!! Jackson & Lilah Roloff Have Melted Mama Tori’s Heart
‘General Hospital’: Kirsten Storms Shares Brain Surgery Recovery Update
Adam Busby Gets Candid About Something He Cherishes Deeply