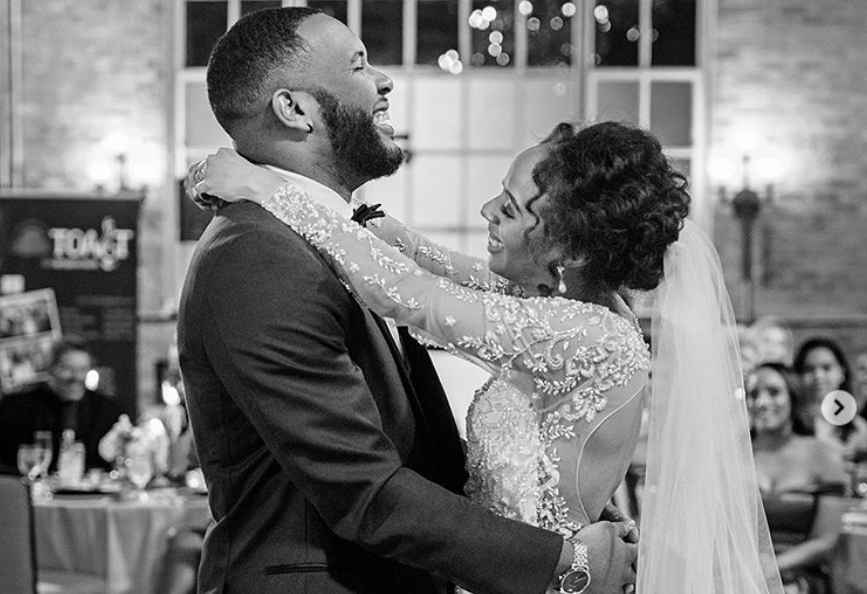 On Wednesday’s episode of Married at First Sight, Season 11, Karen was initially hesitant to walk down the aisle. She was feeling nervous about meeting Miles. However, since that time, she says while her wedding day was very challenging, she found herself “pleasantly surprised.” In fact, both she and Miles were pleasantly surprised by their match.

Married at First Sight star Karen and her wedding to Miles

Following the episode of Wednesday, July 22, Us Weekly spoke with Karen about the wedding. After Karen watches the episode of Married at First Sight, she opens up about her reactions. She says watching her wedding day was “very challenging.” She remembers feeling sick and overwhelmed by the whole thing.

Initially, Karen was questioning her decision to “trust the process.” The Lifetime reality star adds that her biggest fear was that she wouldn’t know her husband.  However, she says while she doesn’t personally know Miles, she did know exactly who he was when she heard his name. According to Karen, New Orleans is that small!

Karen’s mixed feelings about her match with Miles

Karen says she thought someone must have made a mistake when she receives the text with Miles’ name. She says trusting strangers to match her after a mistake like that is not easy to do. Karen says while this is just a TV show to viewers, for her it is “real life.” She says based on what she knows about Miles and what she knows about herself, she had mixed feelings right away. She is really not sure whether this match could work.

For one thing, Miles is younger than what Karen had asked the experts for. He also seems to be a more emotional guy who shares a lot on his profile. Previously, she has always been drawn to men who are more reserved. Karen says she is also a private person and doesn’t normally go for guys that are “in the spotlight.” While she doesn’t believe Miles is a bad guy, she still has concerns, which she feels is normal.

Despite her concerns, Karen does want to find love and she decides to trust the process. When she arrived at the altar, she found Miles is more handsome in person. The bride says, more importantly, Miles seemed “very thoughtful.” After she spends some time alone with Miles, she starts to feel more comfortable with him. In fact, at their wedding reception, they had many great moments that the cameras didn’t catch. Karen says it really means a lot to her that they had so much fun. In fact, both she and Miles are “pleasantly surprised” by their matches.

Keep up with Karen and Miles’s story on Married at First Sight on Lifetime, Wednesdays at 8 pm ET.