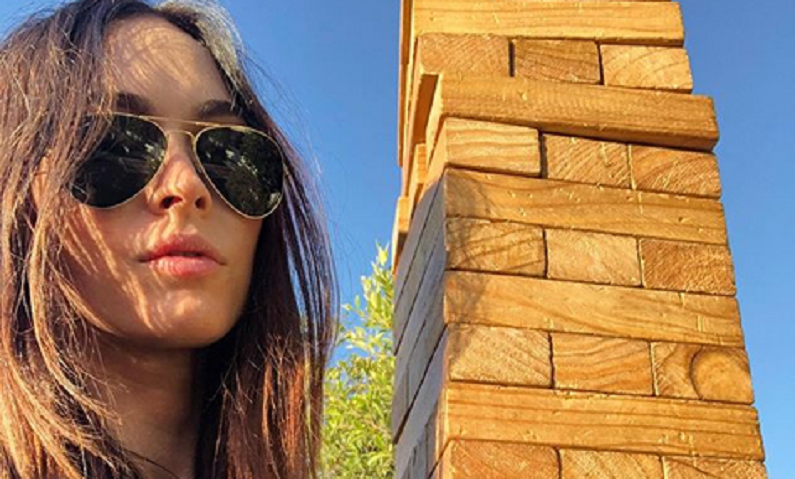 \\Megan Fox couldn’t stop gushing over Machine Gun Kelly. The couple sat down for their first joint interview on Lala Kent and Randall Emmett’s podcast, Give Them Lala … With Randall. Megan Fox and Machine Gun Kelly, whose real name is Richard Colson Baker, met on the set of their new movie, Midnight in the Switchgrass.

Randall directs the film. Megan signed onto the film long before the 30-year-old rapper was even cast. But once she found out they would be co-stars; apparently, she had a funny feeling about him. During the interview, Megan referred to her new boyfriend as her “twin flame.” The couple couldn’t stop talking about one another.

When the Transformers actress found out that the “Bad Things” rapper was going to be her co-star, she knew “something was going to come from that,” as per Entertainment Tonight. Megan Fox explained that she already felt “wild s*** that was going to me from that meeting.”

But she had no idea what to expect. She just had this feeling deep in her soul long before they met. Kelly didn’t feel as confident about their connection before they met, but he admits to “waiting outside on my trailer steps, every day… to catch one glimpse of eye contact.”

Who is ready for Wednesday? We have Megan Fox & MGK, and the incredible astrologer Susan Miller. Subscribe and listen wherever you get your podcasts. This episode of GIVE THEM LALA… with Randall airs Wednesday July 22nd.

Megan feels their connection is written in the stars. It was almost kismet.

“I knew right away that he was what I call a twin flame,” she admitted. “Instead of a soul mate, a twin flame is actually where a soul has ascended into a high enough level that it can be split into two different bodies at the same time.” She felt an immediate connection when they met.

On the second day of filming, Megan invited Kelly to her trailer for lunch. She did “all of this astrology stuff” and “even did his chart.” She could tell by his energy that he was the one. Megan’s revelation comes after her split from estranged husband, Brian Austin Green. The couple announced their split on May 18 of his podcast. The announcement of their split came after photos surfaced of Megan hanging out with Kelly.

Brian Austin Green opens up about their split

On the latest episode of his podcast …With Brian Austin Green, the actor confirmed their split. He revealed that he and Megan Fox are “trying to be sort of a part,” as per Global News. The 46-year-old actor and the 34-year-old actress split towards the end of 2019. However, fans just learned about this now because the couple agreed “early on not to comment on their relationship.”

“I wanted it coming from my mouth,” Brian explained. “I wanted people to hear everything from me and then this is it. I don’t want to have to talk about this anymore.”

“Context” is up. Listen, subscribe, rate and review via Apple Podcasts or stream at withBAGpod.com

The Beverly Hills 90210 alum said he felt distant from Megan after she traveled to film Midnight in the Switchgrass. Then “things really hadn’t changed” when she returned home from filming the movie. Brian said that he gave the actress a few weeks “to recoup a little bit and get back into life” before discussing their marriage.

During his podcast, Brian says he doesn’t want Kelly, who he referred to as “Colson,” to be “vilified” from what happened. While he’s “never met” the rapper, he admitted that “Megan and I talked about him and they’re friends at this point.” But Megan’s comments about Kelly make it sound like they’re more than friends.