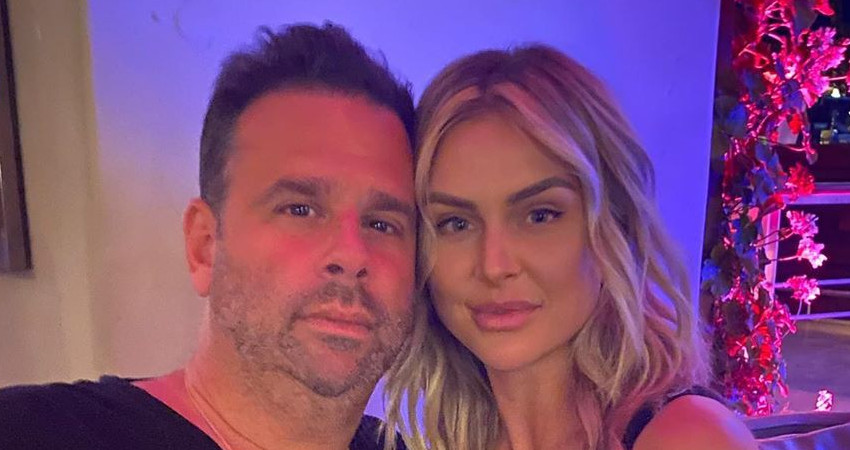 Vanderpump Rules stars Lala Kent and Randall Emmett are currently in Puerto Rico. Production on Randall’s directorial debut movie is resuming filming after a four-month hiatus. The reality stars, plus the cast and crew, will be quarantining together in PR until the filming is complete, Us Weekly reports.

The couple have been in Puerto Rico since early July. In fact, Lala’s outfit upon arrival threw fans for a loop. The usually glam starlet was rocking a loose-fitting tracksuit. Some fans took this as a sign that Lala is pregnant. She put those rumors to bed a week later with a skintight black top that definitely wasn’t hiding a bump. However, that doesn’t mean Lala’s not actively trying to get pregnant.

Many celebrities use social media to share parts of their lives with fans. Randall is one of the more prolific Instagram celebrities. However, he uses the Instagram Stories feature more than traditional Instagram. Celebs love Instagram Stories because the content automatically disappears within hours. This makes it visible to a smaller audience.

Back in April, the couple were considering getting tattoos to commiserate what would have been their wedding month. Due to the coronavirus pandemic, the wedding will happen at a later date. While Randall was less enthusiastic about the idea of getting a tattoo, Lala was all-in. In fact, she has several tattoos.

Randall’s IG Stories this weekend reveals a new tattoo of Lala’s. On her bicep, the former SURver has the word Rand inked. Rand is, of course, short for Randall. The tattoo looks fairly fresh, which makes it likely that she had it done in Puerto Rico.

Randall also shared a group shot with some of the cast of his new movie, Midnight in the Switchgrass. In the photo, Randall and Lala stand next to Megan Fox and Machine Gun Kelly. Both are starring in the movie and are also newly dating.

After four months apart! Grateful to be back in #puertorico🇵🇷 filming with this amazing cast! Adapting to this new world! All quarantined together! @meganfox @machinegunkelly @emilehirsch @lukashaas @madisonbigos

One fan tells Randall in the comments that they want Megan to appear on Give Them Lala…With Randall. Several of the other stars from the movie have, including Machine Gun Kelly and Emile Hirsch. The Hollywood producer shares that Megan WILL be a guest on the podcast coming up “this week.”

Earlier this weekend, Randall shared a video of MGK and Megan arriving in Puerto Rico.

Even though it’s a work trip, Randall and Lala seem to be enjoying themselves.

Vanderpump Rules just wrapped up Season 8. Bravo has yet to announce plans for Season 9 after firing four stars in June. Lisa Vanderpump has another spin-off, Vanderpump Dogs, coming to the Peacock TV streaming service later this year.

Check back with us for updates about VPR’s future with Bravo.