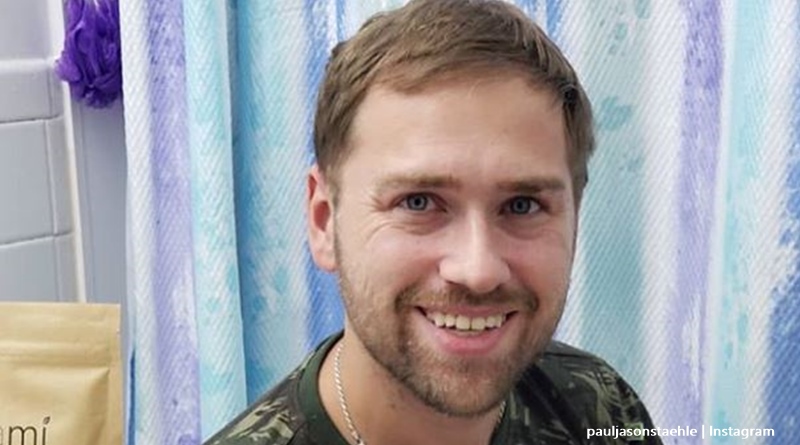 90 Day Fiance star Paul Staehle gets a lot of criticism from fans of TLC. It seems that whenever he can’t deal with anything, he literally runs away. Right since the first time he appeared on the show, he did that. Paul seems a germophobe and one that enjoys sprinting off when things go wrong. Now, he admitted that he ran away yet again after a “crazy” incident.

On Instagram this Sunday, July 19, Paul shared that he ran away again. He posted up a photo of some gifts that he and Karine got. He captioned it with, “Thank you @krogerco for these amazing gifts after we completed filming. They were extremely appreciated🥰❤ Sorry for the crazy incident where I ran off and may have startled some employees 😬.” Oh well, Paul can’t say something like that and not get a reaction.

90 Day Fiance fans naturally told Paul off for running away again. One critic said, “When you gonna quit running, Paul?? Sheesh.” Then, another person wrote, “A very bad example to display in front of his son. Things you teach your kids not to do and he still doing this kind of bs @pauljasonstaehle grow up or get help. Your son don’t need this behavior around him, I’m sure your wife tired of it. Please! (sic).”

Paul has a track record for being a neurotic runner

Paul sometimes acts a bit oddly. Recently, we reported that he shared how he’s convinced his home is haunted. We also noted he’s a germophobe, which might not be a bad thing during the coronavirus. But, he’s mostly famous for running away when things get tough. Screenrant reminds readers that they saw him run away before. On Before the 90 Days, fans saw Paul run away after he told Karine about his criminal record for arson. He told her she didn’t “serve damaged goods.”

Then, fans saw him run again. That came in another season. Paul awaited the outcome of his visa application for Brazil and the news that came back sounded all bad. They rejected him on the grounds that they thought him a terrorist who engaged in genocide and other “war crimes.” The alarming news resulted in 90 Day Fiance runner Paul once again sprinting off. It seems that whenever things go bad, Paul deals with it by just running away, literally.

Naturally, fans want more details on the “crazy” incident that happened at the gift-giving that alarmed some employees. One person said, “Please elaborate on the crazy incident. I gotta hear this.” Another one thinks Paul acts funny. They wrote, “we need more running scenes from u😂 its funny and dramatic🙌.”

However, other 90 Day Fiance fans think Paul should man up and grow up. After all, he’s not a child any longer, What do you think? Sound off in the comments below.