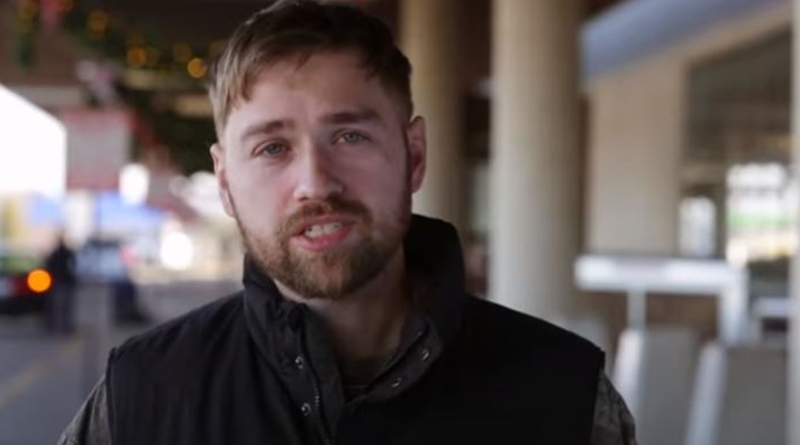 90 Day Fiance star Paul Staehle is convinced his house is haunted. Paul brings some eccentric ways to the show. No doubt, in his upcoming appearance on Happily Ever After? he brings more odd behavior. He’s a germophobe, but that helps him during the coronavirus. And, fans always laugh as he often runs from awkward situations, literally. But now, he claims his house is haunted. Is he just being neurotic?

TV Shows Ace reported multiple times that Paul tells his fans Karine plans a divorce. Every time, it turns out his panic ended up in vain. In fact, we noted that at the beginning of May, word emerged that they actually expect another baby. He sometimes seems like an odd character. In fact, he recently said he won’t feature on Self Quaratined despite TLC asking him. He told fans that he and Karine rather save themselves for other more important projects.

Nevertheless, the couple returns in 90 Day Fiance: Happily Ever After, Season 5. Fans and critics enjoy his antics, actually. He gives them something to troll on or giggle about. Many people might think Paul experiences another neurotic moment now he announced his house is haunted. But, is he just neurotic? His story sounds rather plausible. And, he brings in a Ghostbusters-style investigator to check it out.

Paul took to his Instagram Stories to tell the tale of the haunted house. Apparently, he gets up really early or goes to bed late as he does a lot of Cameos. Paul said that recently when he went through to one of the rooms, a toy that shoots out bubbles took off by itself. Despite no electrical parts, it moved across the room. The bubbles came out, and he freaked a bit. Later, he went back in, after thinking rational thoughts and the bubbles started again.

Paul noted that things move around by themselves. And, notably, it only involves kids’ toys. The events take place only between 2:00 am and 4:00 am. The 90 Day Fiance star said that he’s getting it checked out by someone. While he never mentioned the name of the person, they said they intend to film it. Then, fans can actually see for themselves. Well, let’s hope that Paul shares that. After all, ghost stories really fascinate people.

The Conversation notes that “parapsychologists view poltergeists as a type of ghost or supernatural entity.” Apparently, they cause  “psychological and physical disturbance.” Not everyone agrees with the ghost theory though. Others think the activity comes from “unknown energy.” Whatever it comes from, it certainly sounds rather frightening. If it’s a ghost, maybe the 90 Day Fiance star gets visited by a child that passed on?

Remember to check back with TV Shows Ace often for more news about the haunted house of Paul Staehle from TLC’s 90 Day Fiance.