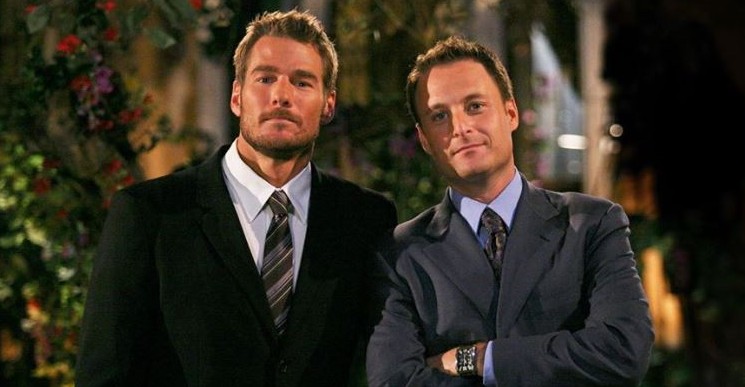 Bachelor Nation is getting ready to take a double trip back in time. On Monday night fans will see Brad Womack’s two seasons of The Bachelor condensed into three hours. Brad is the only Bachelor to have two seasons to try and find love.

Brad’s first season as The Bachelor he picked nobody

Life and Style shared details to refresh fans minds on what went down with Brad. He seemingly fell in love with  Deanna Pappas and Jenni Croft. However, when the final rose ceremony came, Brad made a move never seen before on The Bachelor. He chose nobody. He sent Jenni home leaving everyone expecting to see him propose to Deanna. But, when it came to the moment Brad decided he didn’t have strong enough feelings for her to continue their relationship. He didn’t see a future with her outside of the show.

In preparing to watch her heart get broken on television, Deanna posted on Instagram. She shared a photo of herself and Brad. She said, “Oh hey baby DeAnna. Don’t worry, you’re gonna be fine. This will be a wild, emotional roller coaster, but ride it. One day {about 13 years from this photo}, you will be thankful for his decision & you will be grateful to relive it all again.
Watch #thebachelorgoat tomorrow night. 💗💗💗.”

When Brad broke her heart, she said, “I remember saying when all of that stuff happened, like, I was so confused, I don’t know why he did all of this, but now it means so different to me, because had he not done that, it would have changed the really the path of life that brought me to where I am now.” Deanna went on to become The Bachelorette for Season 4. She got engaged, but their relationship did not last. She is now happily married and a mother.

Oh hey baby DeAnna. Don’t worry, you’re gonna be fine. This will be a wild, emotional roller coaster, but ride it. One day {about 13 years from this photo}, you will be thankful for his decision & you will be grateful to relive it all again. Watch #thebachelorgoat tomorrow night. 💗💗💗

He got a second chance to find love

Brad went on to be The Bachelor once again in Season 15. He ended up engaged to Emily Maynard. But, he was also met with some interesting firsts once again. Chantal O’Brien deliverd a famous slap to the face to Brad. She said it was for women all over the world in response to him choosing nobody during his first journey. Shockingly she made it all the way to the finale of the show. But, he sent her home so he could propose to Emily.

His engagement to Emily was fairly short lived. Their relationship ended eight months later. Emily admits watching Brad’s season made her realize he said the same thing to multiple girls. This brought troubles to their relationship. Brad knows their demise was ultimately his fault.

Emily also went on to become The Bachelorette. She chose Jef Holmes, but they broke up fairly quick following her finale. Emily finally got past Brad and Jef and met the love of her life. She met Tyler Johnson at church. The two dated, fell in love, got married and had babies. She is happy with where life led her.

Where is Brad today?

Brad is still living life in Austin, Texas. He is a successful business owner. He owns multiple bars and restaurants in the area. Brad is not married and he has never had children. However, he is the proud uncle to his twin brother’s daughter.

Fans will hear from Brad Monday night as fans revisit his two seasons as The Bachelor. They will also hear from Chantal about that epic slap in the face. See below!

The slap heard ‘round Bachelor Nation 😬 Find out the rest of Chantal’s story on #TheBachelorGOAT tomorrow!

‘SSW’: Close Friend Spills Why Sidian’s Marriage Ended [Exclusive]
Now That ‘Younger’ Is Over, What Is Status Of Hilary Duff’s Spinoff?
Why Does ‘sMothered’ Star Cher Look So Familiar?
Jarrod Schulz Wipes ‘Storage Wars’ From Instagram: Off The Show?!
‘The Republic Of Sarah:’ Air Date, Cast, Trailer, & More