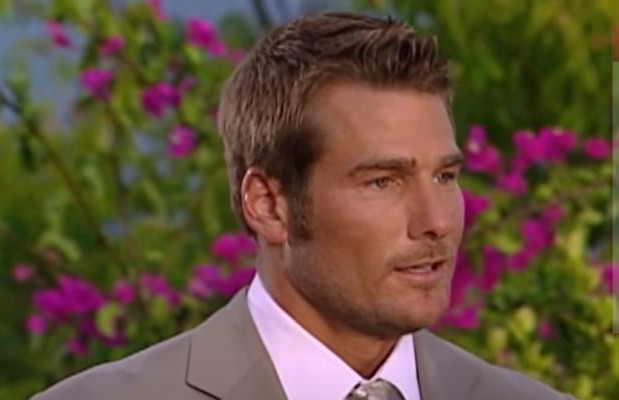 The Bachelor: Greatest Seasons Ever is continuing to step back in time reliving past seasons. This week, former Bachelor Brad Womack’s season’s will be featured on the show. He’s known as The Bachelor who picked nobody his first time around.  Brad was given a second chance as the leading man since he didn’t find forever the first time . He did find love Season 15. He became engaged to Emily Maynard. Things eventually didn’t work out between them. But, fans loved Emily and she went on to be The Bachelorette on her own season. So, since Brad still ultimately ended up alone, many wonder if he would be opening to reappearing a third time.

On Monday, take a look back on Brad Womack's season(s) of The Bachelor 👀 Which one was your favorite? #TheBachelorGOAT

Would Brad do The Bachelor again?

Looking back, Brad was The Bachelor for Season 11 and 15. People shared his thoughts. And, Brad says he will absolutely never do The Bachelor again. He said, “There’s no way I would say yes to that.” He went on to say, “I will not do it a third time. I promise you.” Host Chris Harrison said so I’m hearing a maybe on that question. Brad laughed and said, “You know me well! Let’s go!”

Brad’s first time on the show ended in shock for viewers. He had two women left, DeAnna Pappas and Jenni Croft. Brad chose neither one of them. When he agreed to do Season 15, he did pick Emily Maynard. The two broke up in 2011.

When he and Emily went separate ways he dated another Bachelor alum AshLee Frazier. Brad still lives in Austin, Texas. And, he’s still single. He owns multiple bars in the Austin area as he has for years.

Brad is back…to back. Watch two seasons of Brad Womack Monday on #TheBachelorGOAT at 8|7c on ABC.

What advice does Brad have for Matt James

Brad’s time as The Bachelor is over forever according to him. So what advice does he have for Matt James, who will be starting his journey soon? Brad says Matt should “Buckle up!”

Matt has already said how excited he is for his new journey. He is taking on a historical role being the first Black male lead in the franchise. Matt remains humbled by the opportunity. He said, “It’s been nice, ’cause, to be honest with you, I’ve heard from a lot of my Black friends that aren’t Bachelor Nation faithful, that are excited about me and are honored I’m in the position I’m in and have this opportunity to just represent what it’s going to look like to have diverse relationships and tell those love stories.”