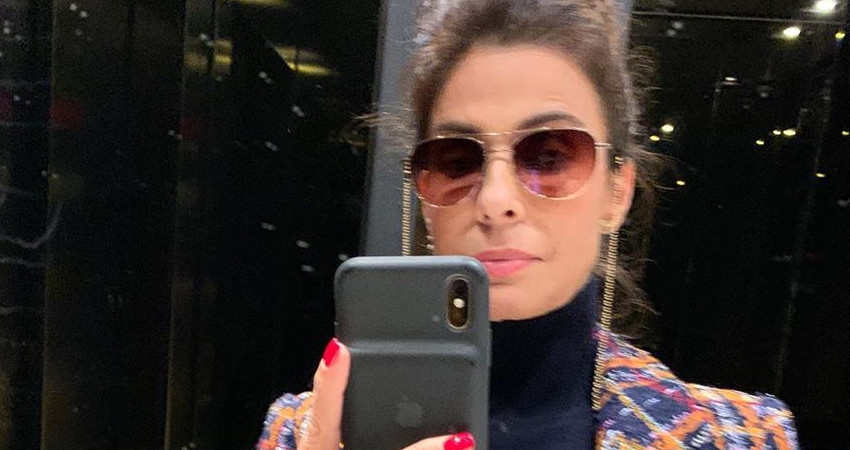 Days of Our Lives fans were shocked earlier this month when Kristian Alfonso announced she was leaving the show. The actress has played Hope Brady off-and-on for 37 years. Not only is she a fan favorite, Bo & Hope were one of the most beloved supercouples throughout all of daytime. Peter Reckell, who played Bo for many years, left the show in 2015. (We won’t talk about the years Robert Kelker-Kelly played Bo.)

Kristian’s original statement about her departure simply said she’s opening a new chapter in her life.

However, now the veteran actress is opening up about why she REALLY left.

The DOOL star recently spoke to Entertainment Tonight about her decision to leave. She says during the interview that she’s “always been upfront” with fans. In fact, she said, “sometimes I get in trouble for being so honest.” That didn’t stop her from giving fans the REAL reason she left the show.

Yes, she is starting a new chapter. But it was a storyline suggestion that pushed her out the door. She reveals to ET that the show was planning to have her exit the show for possibly six months before returning with a new storyline. She says,

“I was taken aback when he said that they wanted, he [Ken Corday] and [producer] Albert wanted to take me off camera for four to five months.”

The producer’s idea was for Hope to return with a Navy SEAL, presumably as a love interest.

While Kristian has no problem with that aspect of the idea, she didn’t like the other part of it. She said that was when she made the decision to leave. Kristian realized, “it’s time for a change and it was the perfect moment to make that decision.”

Why Kristian Decided Not to Wait to Announce Departure

Days of Our Lives isn’t currently filming. In fact, the show won’t resume production until September. However, due to taping six months in advance, fans will still see Hope (and Kristian) in Salem for months to come.

Many fans may wonder why Kristian went public with her departure now instead of in September. It goes back to what she said about being “upfront” and “honest” with fans. She tells ET that she “owed it” to the audience to let them know what was happening.

Kristian joked about how some soaps choose to write characters off. She says, “I didn’t want it to be a shock or a surprise when all the sudden, you know, Hope just appears in the attic or she’s off looking for someone or maybe she’s taken a trip..”

This wasn’t a spur-of-the-moment decision. Kristian reveals that she’s been thinking about leaving for several years. The proposed storyline was the push she needed to leave DOOL after 37 years.

There have been a lot of rumors about other actors leaving DOOL. Rumors almost broke the internet earlier this week when TVLine accidentally posted that actress Melissa Reeves got fired. She didn’t. Yet. However, could Missy be one of the actors NOT asked back when the show resumed production in September?

Keep an eye on our site for updates on your favorite television shows. Days of Our Lives airs weekdays on NBC.