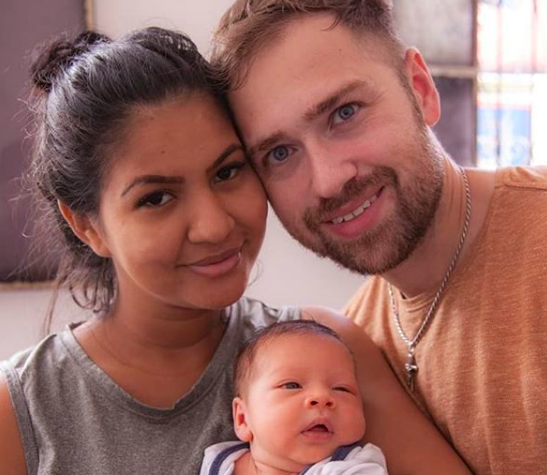 90 Day Fiancé star Paul Staehle shared that his wife Karine was recently in the hospital. But not to worry! He revealed that she is doing much better now in an update about her health on his Instagram Tuesday, July 14.

According to InTouch Weekly, Paul added a photo of Karine in a hospital bed. The photo was posted to his Instagram story with a caption thanking the medical staff. He said, “God bless the amazing medical team here,” praising the doctors at the Louisville, Kentucky, location. This post of course caused a stir of concern with fans of the couple.

Paul had to add an additional post to his story saying, “Karine is OK. Everything is fine. Thank you everyone for your concerns.” Unfortunately for their fans, he did not share the reason behind their hospital visit. But, Karine did not appear to be too distressed as she flashed a peace sign at the camera from her bed.

However, strangely enough, it appears that Karine may have taken down her personal Instagram page as of tonight, Wednesday, July 15. The profile @staehlekarine now only pops up with the “Sorry, this page isn’t available” Instagram error message. This definitely has us wondering if Karine is really okay?!

During these tough economic times we are doing severely discounted personalized videos. We hope to help bring laughs and smiles and save some people some money. We normally charge a lot more but we understand the current circumstances and temporarily reduced our prices. https://www.taki.app/creator/paulstaehle

In recent episodes of 90 Day Fiancé: Happily Ever After? Karine just started her new life in America with Paul. During an episode at the end of June, Karine shared that she was scared to move to because she did not want to leave her family behind. Additionally, she doubted that Paul would be able to take care of her and their son Pierre. But the couple essentially had no choice since Paul was not able to find a job in Brazil.

Now, not everyone thought the couple would last long enough to make it back to the United States. And to many, it is a surprise that Karine agreed to move to Paul’s home state of Kentucky.

Lastly, back in November, the 90 Day Fiancé stars were on the verge of a split. Karine even confirmed that she wanted a divorce. She was even searching for a lawyer. But alas it would seem the pair are still together, and they are hopefully past their calls for a divorce.

So, what do you think of Paul and Karine’s new life in America? Let us know what you think in the comments below. Be sure to watch new episodes of 90 Day Fiancé: Happily Ever After on Sundays on TLC.