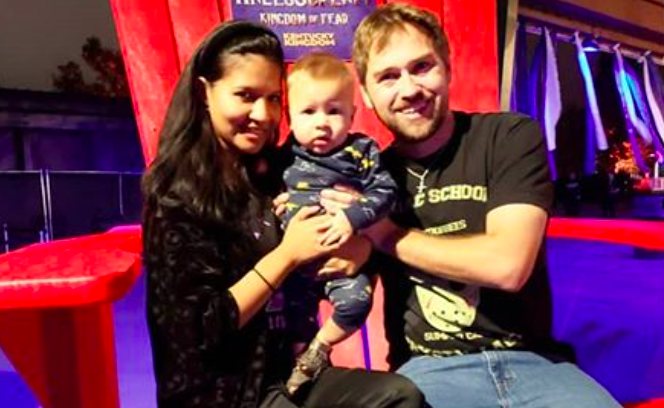 90 Day Fiancé couple Paul Staehle and Karine Martins finally moved to Kentucky! Sunday’s episode of 90 Day Fiancé: Happily Ever After? featured their big move from Brazil and of course, in classic Paul fashion, it did not go smoothly.

During the episode, Karine shared that she was nervous and scared to move to the United States. She hesitated because she did not want to leave all of her family behind. Additionally, she has doubts that Paul will be able to take care of her and their son Pierre. Despite this, Paul said they had no choice since he was unable to find a job in Brazil.

According to Entertainment Tonight, the couple had originally planned to live with Paul’s mom, Edna. But their plans were ruined when Edna put her foot down and refused. Paul is receiving this response from his mom in an effort to make him grow up and become more independent. He has a family of his own now and is 36 years old after all.

But, despite being exiled from his mom’s house, Edna still came to the rescue. For the time being the duo is living in a hotel room…paid for by none other than Paul’s mom! This situation is intended to be short term until Paul can figure out the next move for his young family.

Tensions between the family

Karine’s worries increased as Paul did not prove he could handle his family’s stress and had a breakdown on their way back from the airport. Karine removed their son from his car seat in order to comfort him while they were all in a moving car. This set Paul off as he was angry and stating what she did was illegal. Paul argued with his mom yet again, eventually leading to his dramatic exit from the car into moving traffic.

After the 90 Day Fiancé stars finally got to their hotel, Paul said that arguing with his mom didn’t give Karine the best first impression of America. Karine stated that she did not like living without Paul’s mom because she does not have any support.

Paul and Karine first met online and started a romantic relationship. Shortly after Paul traveled to Brazil to meet her where they fell in love. They married in November 2017 and welcomed their son last May. The pair split up in November, but they have since worked things out and there have even been rumors of a second baby in the works!

What do you think of Paul and Karine’s big move back to the States? Let us know what you think in the comments below. Be sure to watch new episodes of 90 Day Fiancé: Happily Ever After? every Sunday!