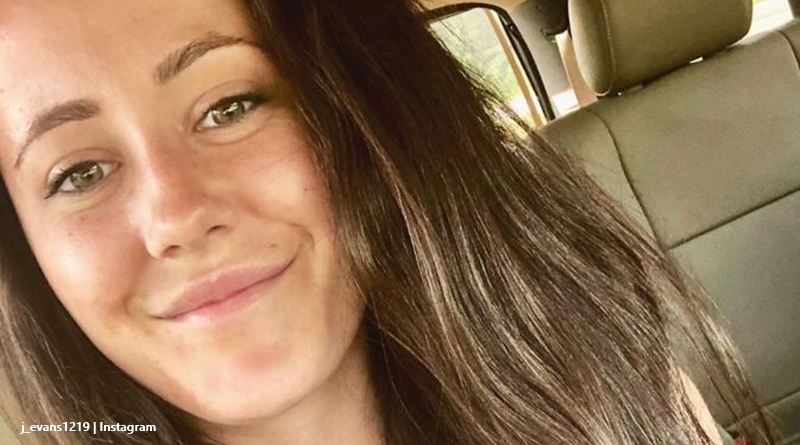 Jenelle Evans does fewer Q&As these days. But on Monday, she took some questions on Instagram and talked about all sorts of things. During that, she mentioned that soon she’ll be back on TV. But she didn’t talk about a return to Teen Mom and MTV. After all, she said she misses filming, but not her toxic castmates.

Jenelle Evans talks about being back on TV

A fan asked Jenelle about returning to television. She told them, “I am soon, Promise!” She never mentioned what TV show she might appear on. But, it sounds unlikely that she plans a return to MTV. One fan asked her, “Do you miss being on Teen Mom 2.” Jenelle replied saying that she does miss it. She talked about the missed opportunity to tell her story. However, she added, “But also no. Because of the drama that came along with some of the people I had to work with.”

The Teen Mom alum actually clarified about a return to the MTV show. The Sun noted that she told a fan who asked her, “Sorry girl! Those days are over.”  Jenelle seems unfazed about a television career right now for funds. Many critics of Jenelle Evans believe she’s broke. But, Jenelle told several fans she’s not. One of them who raised it got this reply: “Just know I am financially stable.” She pointed out, “There’s a lot of diff way these days to make money online from home these days.” 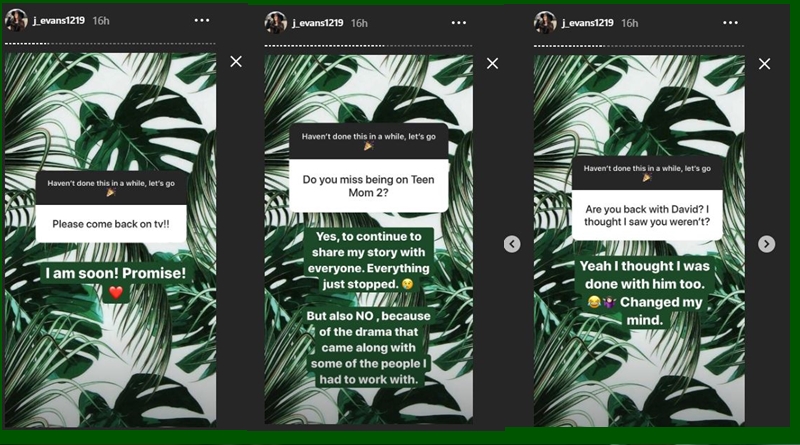 David Eason and her mom

Lots of questions went her way about “the Land.” But, quite a few more asked her about David Eason. Some of them knew she left him again but didn’t know she returned. Recall that in June, Jenelle said she reportedly split from David Eason after he allegedly attacked her friend Spivey with a gun. In fact, David’s court hearing’s set for sometime in July. But soon, fans saw them back together again, fishing, swimming, and seemingly fine again.

A fan asked Jenelle about that. She told them that she thought she was “done with him.” But, she “changed [her] mind.” The Teen Mom alum also talked about her mom, Barb. Fans know that mom and daughter clashed badly since the beginning of their stint on MTV. Both women seem quick to anger and many squabbles and much shouting came to the show. But Jenelle told her fans that these days, things are so much better. She added that things improved after she left the MTV show. Actually, she even pointed out at Easter that Barb and David get along well these days as well. 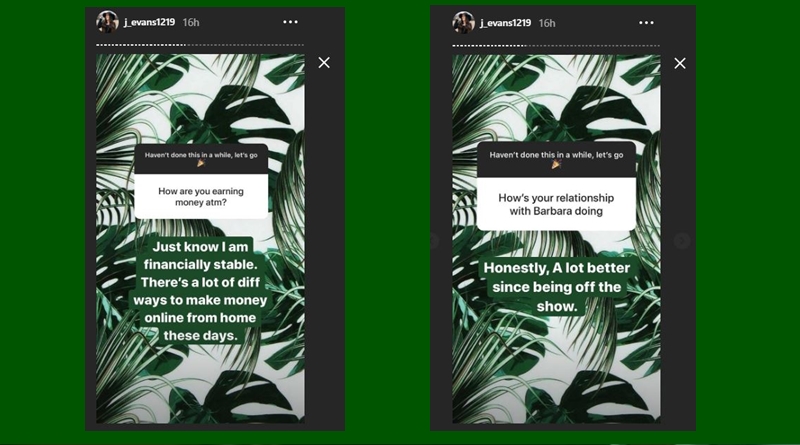 What do you think about Jenelle Evans saying that “soon” she returns to television? Do you miss her on Teen Mom? Perhaps soon, she makes it on TV, but for now, she keeps the name of the show to herself.