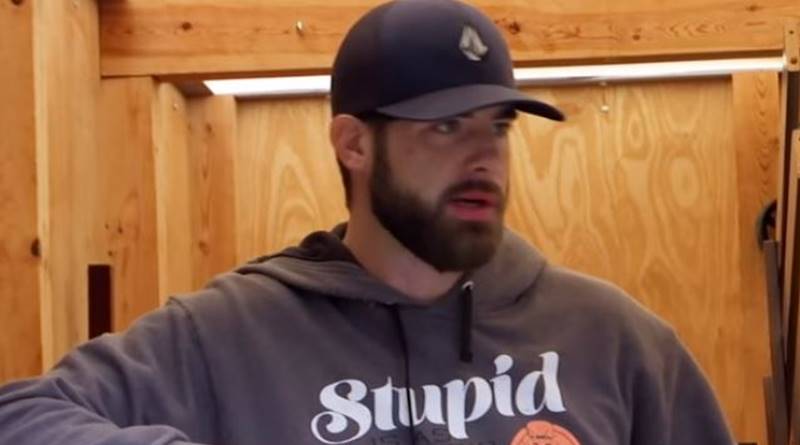 Jenelle Evans reportedly split from David Eason after he attacked her friend with a gun. Jenelle wasn’t at home when an argument started, but allegedly he attacked Spivey after that. Arrested, his court date’s set for July 6. Naturally, critics expected another aggressive incident with David. Many of them warned Jenelle about him. But now it looks like she still stays with him and they reunited. Plus, she told her fans that he never hurt the kids.

Spivey, the complainant in the alleged attack, told The Sun UK that Jenelle still remains with David. Apparently, after David threatened to “blow” his “f**king brains out,” Jenelle feels its fine to live with her rather aggressive husband. Spivey told the outlet, “She’s claiming she’s with relatives, but it’s the opposite. She’s staying at the property. They’re back together.” Well, no doubt critics will be unhappy to hear that news. After all, back in May, a Teen Mom fan said on her Instagram, “honestly if she’s going to go back again it will end badly.”

Over on Twitter, one follower slammed Jenelle Evans saying. “Can’t relate to whatever you’re talking about. Let’s get real here. Animals are getting killed and your FRIENDS are getting hit ?! Stop living a crazy life & nobody would bother you. Simple.” It came after she wrote on Friday, “there’s so much more important things going on in life. Stop worrying about me.” But fans and critics alike worry about Jenelle. They think she’s so desperate for a man she puts up with a dog killer who has a violent attitude.

I don’t care what they say, I love you no matter what. Here’s to new beginnings 🥰 #MarriedLife #HappyWifeHappyLife

Just a few days ago, Jenelle told Celebernation that she planned on leaving the land again. She said, “I’m shaking and saddened by this, it’s time for me to move on from this relationship and find happiness for my kids and myself elsewhere.” So, optimistically, the outlet wrote, “It is safe to say that Jenelle Evans and David Eason are finally done for good. It’s officially over this time!” Um, no, not according to Spivey, the victim of the alleged pistol-whipping.

Apparently Spivey only went to Jenelle’s place as she and David had an argument. He and another guy went over to help move her belongings. The Teen Mom star’s husband then objected to Spivey and allegedly assaulted him in front of the kids, according to The Hollywood Gossip. Once again, fans now hear of David Eason behaving violently in front of Jenelle Evans’ kids. Fans hate that Jenelle repeatedly returns to David after vowing she’s left him for good.

What do you think about the news that Jenelle said she left David, but Spivey claimed she’s actually back on The Land with him? Sound off in the comments below.

Javi Marroquin Calls Cops On Lauren Comeau For Abuse, Guess Who Has His Back On This?
‘Hunting Atlantis’ Exclusive: Stel Pavlou And Jess Phoenix Search For Lost City of Gold
‘MBFFL’ Fans STUNNED By Whitney’s New Man, Accuse Her Of ‘Hiring’ Boyfriends
‘Proud Mama’ Amy Halterman Shares HUGE Baby Gage Update
2 Other ‘RHOBH’ Stars Are Dealing With Their Own Legal Drama