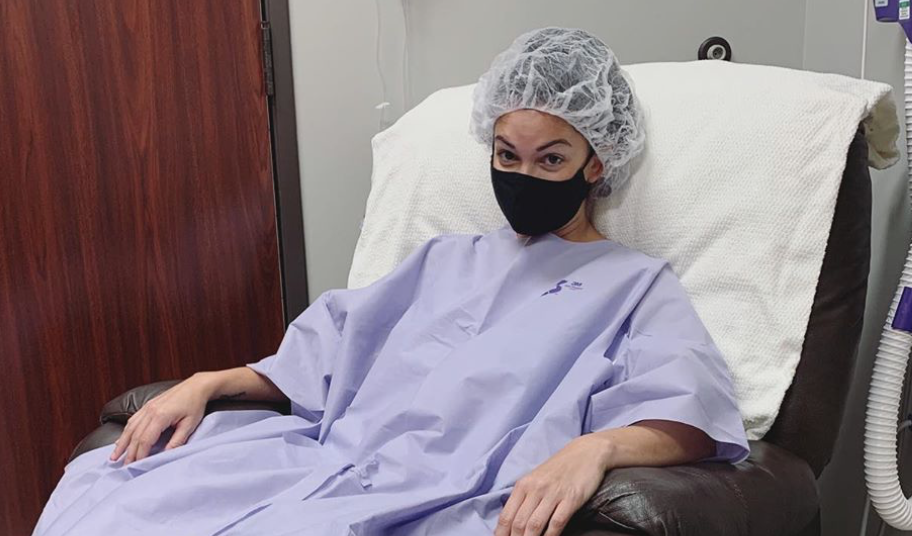 Former Bachelorette Melissa Rycroft has gone through yet another surgery. This time, to correct one that didn’t quite go as planned.

Melissa Rycroft posted on Instagram about a surgery she recently had. This all started when she got breast implants. However, in the post, she reveals that one implant didn’t lay correctly. Eventually, she realized her body was just rejecting the implant so she had to get it out. That’s exactly what she said in her new post.

In the photo, Melissa is sitting in a chair in all of her surgery get-up. As expected, she looks pretty sleepy.

“After one reconstructive surgery, and one implant that refused to settle right (even after reconstruction), my body was telling me they didn’t want these implants in!

Thank you for all the well wishes and prayers! I’m pretty achy, but recouping well.

For now….I’m off to sleep again….” Melissa wrote on the post.

In the comments section, she saw lots of support from her followers.

“Sending you wishes for a speedy recovery, ♥️” one fan said.

Hopefully, Melissa’s recovery goes quickly and is as painless as it can be.

Recently, Hannah Ann has revealed that she looked to Melissa for inspiration when she was on The Bachelor because they had very similar endings.

“my inspiration, you are a forever role model,” Hannah wrote on a post.

Their endings were very similar in that they both said someone took their engagements away from them. Both Hannah and Melissa ended up single after getting engaged.

“To me, getting engaged and finding that person was a once in lifetime thing and you took that from me. You took it,” Melissa said on her season.

Sound familiar? It’s almost exactly what Hannah said to Peter after he ended things with her.

“You took the most precious moment that I could ever imagine away from me. Because you selfishly just didn’t want me to walk away or to send me home,” Hannah said when Peter broke up with her.

The inspiration is very clear. Luckily, they both ended up going through something that was best for them. Even if at the time, it was painful to go through.

Do you see the Bachelor and Bachelorette similarities? Let us know what you think in the comments. Come back to TV Shows Ace for more news on all of your favorite Bachelor Nation members.