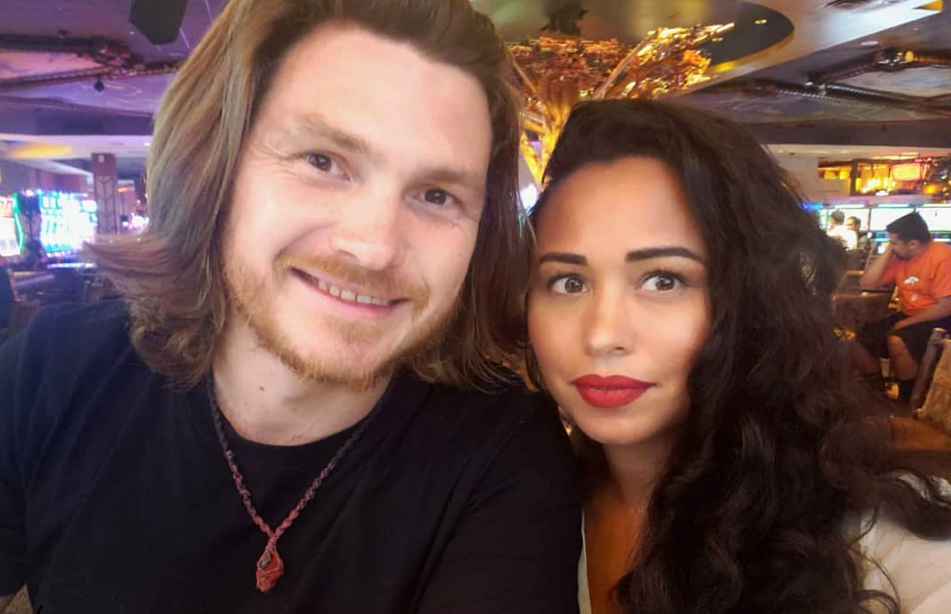 TLC reality stars Syngin and Tania are definitely putting the “?” on their 90 Day Fiancé: Happily Ever After relationship. This follows Syngin flat-out admitting to Tania on Sunday’s episode that he isn’t sure he wants to settle down in America. Moreover, this is also despite Tania’s desire to have children and a future together with Syngin.

Fans got to know Syngin and Tania during Season 7 of 90 Day Fiancé. The pair met in Syngin’s home country of South Africa while in a bar. During the show, viewers watched Syngin struggle with moving to Colchester, CT, from South Africa.

Syngin and Tania are planning to move from Connecticut during the current season of 90 Day Fiancé: Happily Ever After? The pair wants to find a location with a warmer climate. Naturally, the South African is having problems with the chilly Connecticut weather. However, these plans are interrupted after Tania breaks her foot in a car accident.

Sunday’s episode sees Tania admitting Syngin resents the fact he has to do things for her since the accident. The couple is also having money issues, now that Tania is unable to work. In the interview viewers watched in last week’s episode, Syngin tries out for a job as a bartender. However, he doesn’t get the job. Now Tania worries that, on top of all their other problems, Syngin will drink too much.

Tania and Syngin go out for dinner

Sunday’s episode of 90 Day Fiancé: Happily Ever After? saw viewers watching Tania and Syngin go out for dinner. Syngin admits to Tania he does take responsibility for drinking too much. However, he also says he is feeling a little “suffocated.” Tania is then stunned as he explains he is not sure he wants to live in America permanently. Syngin says the only reason he came to the United States was to be with her.

Meanwhile, Tania has always been open about how she wants to have children right away. She wants them to put down roots as a family in America. The TLC reality star then breaks down in tears. She asks why she was “doing this s**t” if Syngin doesn’t even know whether he wants to stay in the US with her.

Tania admits she is worried and asks, in that case, what Syngin is doing with her. She says she is confused. Meanwhile, Tania says this is something Syngin should have thought about. Moreover, she has always said she wants a family. Tania says while they were living together, Syngin obviously wasn’t thinking about a future together. In the meantime, Tanya is always thinking about their future.

Later in the show, Syngin brings up the touchy problem they have had since they originally starred on 90 Day Fiancé. This was when Tania said she didn’t see Syngin as being her “soul mate.” Syngin had asked her how she could possibly want to have children right away if she doesn’t consider him that way?

In a later confessional, Syngin opens up about how they did not sort out their issues prior to tying the knot. He goes on to admit he sometimes thinks the only reason he and Tania got married was because of the show and the K-1 visa.

ET quotes an interview with Tania and Syngin last month when Syngin admits he is seriously considering returning to South Africa. He does say he is committed to Tania and thinks there is a good future for him in America. Syngin says there are good things going on there. He admits this is obviously because of this girl sitting next to him. However, he says should the relationship not work out, he will be on the “first plane out of here.” In that case, Syngin doesn’t think he would stay in America.

Tania and Syngin will have to wait and see

Syngin says there is definitely a lot going on, so they will have to wait and see. However, for his immediate future, he thinks he is on the right path by staying there. Meanwhile, Tania says they were still in “vacation mode” before these tough conversations with Syngin about their future happened. However, the TLC reality star admits they now need to do the hard work of settling down in their marriage.

Tania defends herself while speaking of Syngin’s comment about him not being her soul mate. She says she definitely knows their souls were meant to cross paths. Asking whether she sees herself being with Syngin forever, she admits she does. She can also see him as the father of her children. Tania also admits she can imagine them as “cranky old people together, waiting for a bus.”

Keep up with Tania and Syngin’s story on 90 Day Fiancé: Happily Ever After? on TLC on Sundays at 8 pm ET.