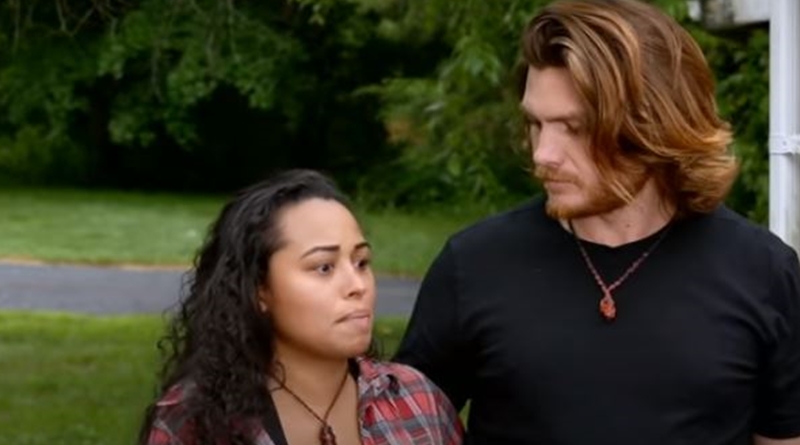 90 Day Fiance Season 7 brought Syngin Colchester and Tania. Fans hated Tania so much, critics often referred to her as the most hated person on the franchise. Now they return to Season 5 of Happily Ever After? The show premiers on June 14. On Instagram and Twitter, fans reacted to the news.

90 Day Fiance: Happily Ever After? cast gets revealed one by one

TV Shows Ace reported that the upcoming season gets a cast-reveal every few days. We reported that Asuelu and Kalani return. The reception to the news wasn’t great, but many fans feel rather neutral about them. That’s in comparison to the news that Colt and Larissa return. Now, the news arrived that Tania and Sygin come back again. Fans like Syngin, but Tania really became hated. During their season fans felt she made it all about her.

Recall that Sygnin only just arrived in the USA from South Africa and she made him live in a shed. And, she expected him to fix it up. She never even cleaned it. Plus, she took off to Costa Rica to attend training on becoming a herbalist. In fact, she said she hopes to become a “witch.” While there, Syngin became upset as she didn’t want him to call her and chat. Especially after she partied hard over there. Plus, she told him he’s not her “soulmate.” Many 90 Day Fiance fans wondered why he stayed.

Tania hated by TLC fans but Syngin married her

While Tania racked up unprecedented hate, Syngin lost his mind, some people think, as he actually married her. After that, it seemed some people went off him a bit. They felt he must suffer from a loose screw to devote his life to her. Now, the news came out they return to Happily Ever After? Fans reacted rather predictably. Few fans sounded delighted on social media. But, they don’t mind seeing more of Sygin, it seems.

The @90dayfiancenews account on Instagram shared the news. On their post, critics responded angrily. One said, “Why Tania! I can’t stand her!” Then, another 90 Day Fiance critic wrote, “Please NO……. I can’t with her narccisist ego, (sic).” Similarly, others commented, and one said, “No Tania. Please. TLC…I thought we were cool…wth.” Then, this comment arrived: “ugggggh no one asked for tania.” And, over on Twitter, similar sentiments got expressed.

Twitter users react to Tania and Syngin on 90 Day Fiance: Happily Ever After?

Over on Twitter, when the news broke, people expressed their dismay at seeing Tania again. One person wrote, “Is TLC seriously gonna subject us to another season on Tania???” They added, “Remember the good old days when couples told their stories in one season and disappeared?”

Another disappointed 90 Day Fiance fan wrote, “Does Tania have to come back? Can we just have Syngin?” But it seems that even Tania managed to garner some fans as you can see from the tweet below:

What do you think about Tania and Syngin returning to the franchise? Sound off in the comments below.