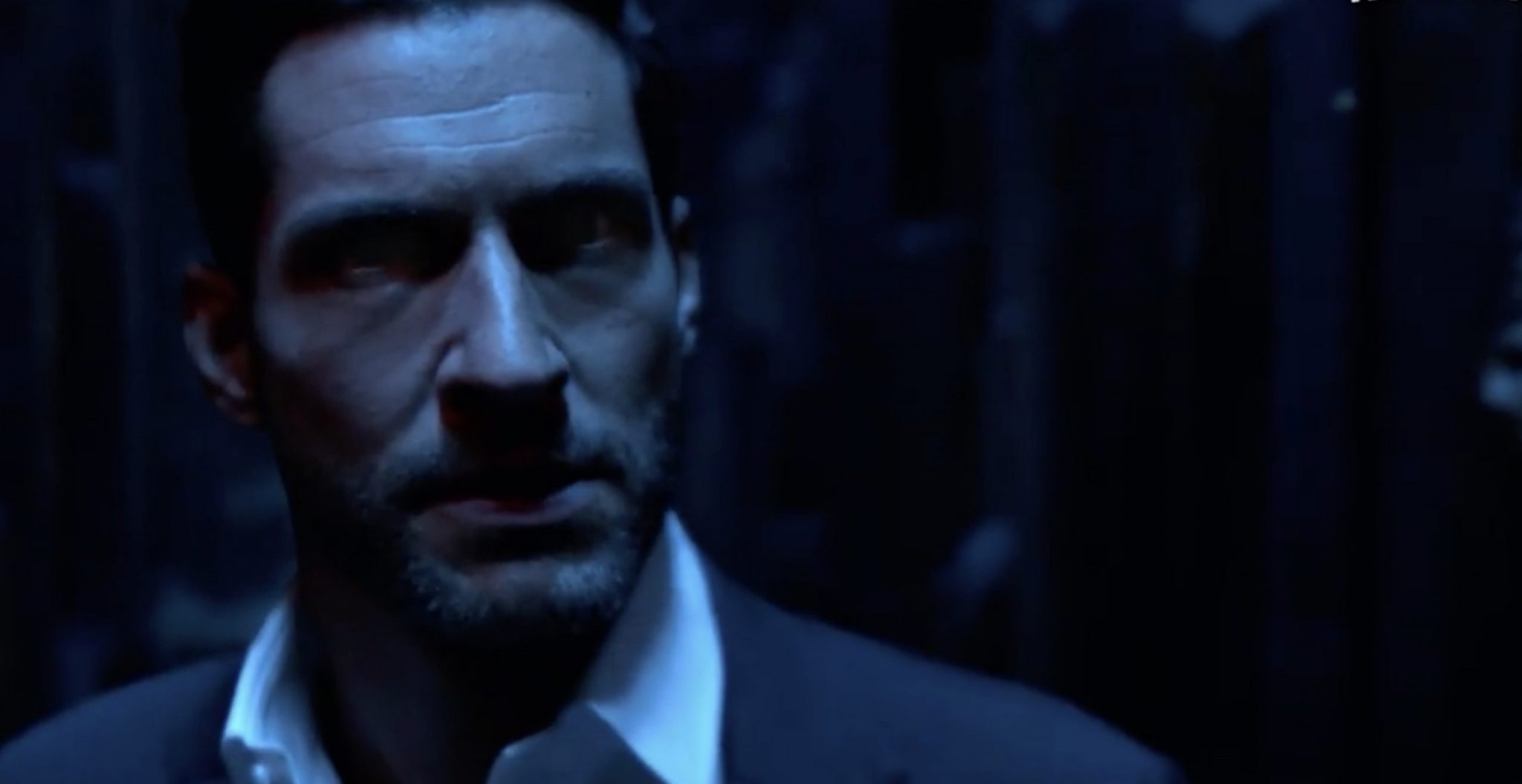 Lucifans, hang on to your wings! Netflix has released the Lucifer Season 5, Part 1 preview. In this season, there promises to be a lot of otherworld intervention that is bound to confuse Chloe and perhaps derail their love story one more time. What does the preview reveal?

Netflix has released the Lucifer Season 5, Part 1 trailer and it is a shocker! After Chloe begs Lucifer to stay, he still returns to hell, where he belongs. Now, Chloe is partying it up with Maze. Yikes! This is a dangerous combination.

Things turn super crazy and then, someone dangerous pops into their place. With a gun. But, who comes in to weed out the bad guys? Lucifer! He is back. Chloe is very happy. She is ready to take their relationship to the next level. Detective Douche, not so much. He would rather not see his rival return. But, it turns out, he is really not the same guy at all.

And then, we find out why. When Maze attacks Luci for not bringing her to hell with him, he reveals, he is Michael, Lucifer’s twin brother. This explains everything. And Tom Ellis is clearly having a blast playing the mean-spirited angel!

What We Didn’t See In Netflix Preview

While there was a whole of exciting going on in that clip, there are a few things we didn’t see in the Netflix preview. One is the noir episode, entitled “It Never Ends Well For The Chicken.” This episode promises sultry 40s songs, lush costumes, and a lot of Lesley-Ann Brandt. On the other hand, Aimee Garcia and Lauren German are playing men, not Ella and Chloe, respectively. This episode recalls the very first time Luci went to LA.

The preview has not shown both Eve (Inbar Lavi) and Mom/Charlotte (Tricia Helfer). Both are returning, although they could be in the second set of eight episodes that will be released later this year, or early 2021.

Where is Debbie Gibson? The 80s pop star is supposed to be guest starring in the musical episode.

Instead, it did look as though we did see God, played by Dennis Haysbert in the clip. He was seen flying down, wings and all. Also, Alexandra Grossi will be in two total Lucifer Season 5 episodes, but in both Parts 1 and 2. She will be portraying the mysterious Adriana Nassar.

Then, there is the promise of more surprises and guest stars. It will not be long until Lucifans will know and see it all!