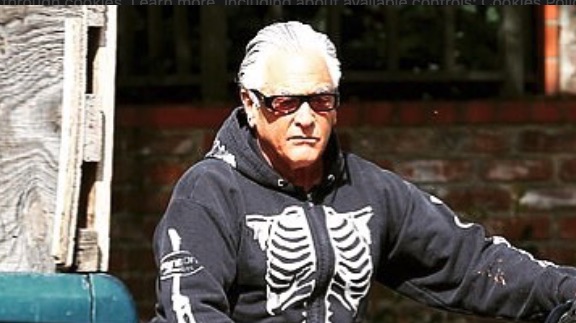 Storage Wars star Barry Weiss is a forever fan favorite. So, what is the real reason why Barry decided to leave the show after buying storage lockers? Here is the definitive Barry Weiss story!

Hands down, Barry Weiss was the Storage Wars fan favorite. His antics and good humor gave the show about treasure hunting. Turns out, Barry Was the inspiration behind the show. He and his pal Thom Beers were hanging out. Storage Wars fans know Thom, he is the show’s narrating voice, and he is the executive producer.

While hanging out and enjoying libations, Beers told Barry about the modern treasure hunters who bid on abandoned storage lockers. He further explained that they bought them unseen. Barry was intrigued. He thought this would be a great way to pick up some antiques.

The two pals didn’t meet up again for about a month, and suddenly Barry was going to be a reality star. Thom Beers created Storage Wars. Fans know all about this show. This is the modern treasure hunt. But, Barry left early. He decided to leave while he was still a success. He wanted to be at the top of his game. And he was!

After he left Storage Wars, Barry Weiss returned with Barry D Treasure. On this show, he could continue focusing on his passion for all things antique and unique. In a  2017 interview, Weiss revealed he has no plans to return to Storage Wars. But, he would be interested in filming a show about antique cars!

Barry’s pre-Storage Wars days were fairly normal. Weiss and his brother ran a family-owned fruit and vegetable business that was worth seven figures. But, even prior to that, Barry Weiss worked in his passion for antiques.

He and Jesse James’ father used to collect antiques. Barry Weiss was even Jesse James’ godfather! Jesse’s dad and Barry got the dream antiquing gig. The pair was responsible for collecting and creating the antique interiors of the TGIFridays restaurants!

But, a few years back, James had revealed his dad and his godfather were involved in something a bit nefarious. They would be meeting up with clients at Knott’s Berry Farm in the middle of the night.

Where Has Storage Wars Alum Been?

Barry Weiss, who turned 69 in February, is now doing great. But 2019 was rough. He was in a serious motorcycle accident. Barry and a pal were riding their cycles and a larger vehicle turned in front of them. Soon, there was no pavement left and they crashed into the vehicle. Barry sustained many injuries, including his back, chest and leg. He had several surgeries and even spent some time in ICU. This was a very serious accident.

But, flash forward to February 2020, Barry was on the mend. Storage Wars auctioneers extraordinaries Dan and Laura Dotson had met up with the affable reality star. They took photos and hung out. The Dotsons now have a CBD business and Barry was promoting it. He did not say whether this was part of his recovery plan. But, he looked pretty darn amazing.