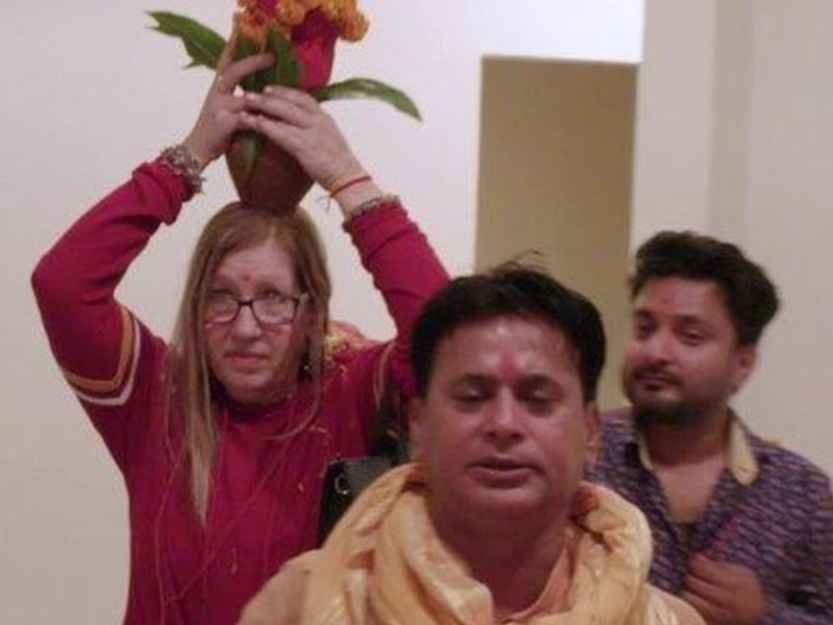 When 90 Day Fiancé: The Other Way star Jenny Slatten moved to India, she made one thing very clear. She told Sumit she needs to see the divorce papers from his arranged marriage, or she would end their relationship. This is Jenny’s second attempt of moving to India to be with the man she loves. Will he continue to lie and break her heart again?

Fans will remember in Season 1 of 90 Day Fiancé: The Other Way, Jenny moved to India. This was to be with her online lover, Sumit. However, when she arrives in India she finds out Sumit lied to her big time. He had neglected to tell Jenny he was still in an arranged marriage. There was no way the TLC reality star could marry her without getting a divorce.

Jenny had literally given everything up in Palm Springs, California, to move to India to marry Sumit. She sold all her belongings, gave up her home and everything that went with it to be with him. However, on arrival, she was, first of all, hidden from his family, but also lied to. This led to Jenny returning home to the US and having to stay with her daughter as she had nowhere to go.

Since that time, Jenny has been patient, but she doesn’t want Sumit to fool her for a second time. Now she is back in India, giving Sumit a second chance and fans are looking forward to seeing their continuing story. The 90 Day Fiancé star isn’t wasting any time in demanding Sumit gives her proof of his divorce. In fact, TLC fans will appreciate the older American woman’s confidence as she gives him an ultimatum.  Basically, Sumit must show Jenny the divorce papers, or she will up and leave, heading back to California. She is likely used to living with her daughter anyway after last time, so why not?

Home is where the giant cow is.🏠 Jenny and Sumit settle in on tonight's episode of #90DayFiance: The Other Way, on @tlc at 9/8c.

Sumit tells Jenny he is divorced?

As noted by ScreenRant, Jenny isn’t willing to take Sumit at face value. She tells him she is quite willing to march down to the courthouse to find out the truth. A nervous Sumit tries to sweet-talk Jenny, telling her there is another process to go through to get the papers. Jenny doesn’t care and is calling his bluff.

That particular episode of 90 Day Fiancé: The Other Way was shocking for fans all around. Deavan found out Jihoon had lied to her and Ariela is having a panic attack. Now fans believe Sumit might be hiding an even bigger secret than his arranged marriage.

Jenny's girls tell her like it is, but hey that's what friends are for! Her love story with Sumit continues on #90DayFiance: The Other Way, Mondays at 9/8c.

For one thing, fans of the TLC reality show wonder why Sumit found a home for them, two hours away from family and friends? Fans can understand he might want to save money, but this much of a distance from everyone is a tad suspicious.

We’ll have to keep watching future episodes to find out what happens next. Watch Jenny and Sumit’s ongoing story on Day Fiancé: The Other Way on Mondays at 9 pm EST on TLC.