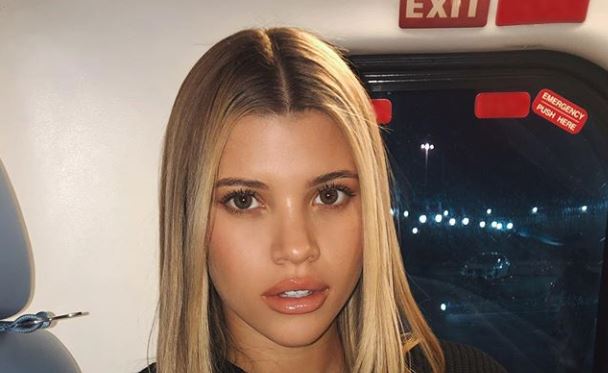 Sofia Richie and Scott Disick may have broken up, but that doesn’t mean it’s over for good. There’s a chance Sofia and Disick could work things out eventually. However, Scott knows that Sofia is a good influence on his life, but that doesn’t mean he’s good for Sofia. Scott definitely has some past traumas that he’s working through.

Sofia Richie has been there for Scott since his split with Kourtney Kardashian back in 2017. Scott is fifteen years older than Sofia so it’s no surprise the two have different priorities. Scott’s priority is co-parenting and being there for his three kids with Kardashian. He shares Mason, 10, and Reign, 5, and daughter Penelope, who turns 8 years old on July 8th.

Are Things Heating Up Again

In May, Sofia Richie dumped Scott after a brief stint in rehab to work on himself. She wanted him to work on himself and figure things out and better himself. A source told US Weekly, “One of the reasons Sofia broke up with Scott was to give him a wake-up call and was hopeful that he would learn some lessons during their time apart.”

The source continues,“but unfortunately at the end of the day, Scott is who he is.” “Sofia wants Scott to realize that she is good for him,” the source says. “But her friends and family aren’t sure if he is also good for her.”

Sofia Richie and Scott reunited on Saturday, July 4th, when they were seen having dinner with another couple. A bit later the two attended a mutual friend’s holiday beach party. On July 6 the model fueled more rumors when she was seen posing in a hoodie from the reality stars clothing line Talentless. “Sofia and Scott’s friends think there is a chance the pair will get back together at some point,” according to another source.

Becoming More Of A Priority

It’s apparent that Sofia Richie loves the Flip It Like Disick star very much. However, “she is only looking out for him and his best interest and it was primarily her decision for them to split. Sofia has been spending time with her family and has taken majority of her stuff out of Scott’s house.” according to a source at Elle.

Apparently, when rumors surfaced that Scott and Kourtney were vacationing together in Wyoming and a picture came out showing Kourtney wearing a shirt of Scott’s, it hurt Sofia Richie. Her relationship with Scott seemed very serious and she had been there for Disick during really tough times. However, Sofia doesn’t seem to feel like she is getting from Scott the attention she needs. Hopefully, the two can figure things out between them without outside influences.

Stay tuned to tvshowsace.com to find out if Sofia Richie and Scott Disick kiss and make-up.