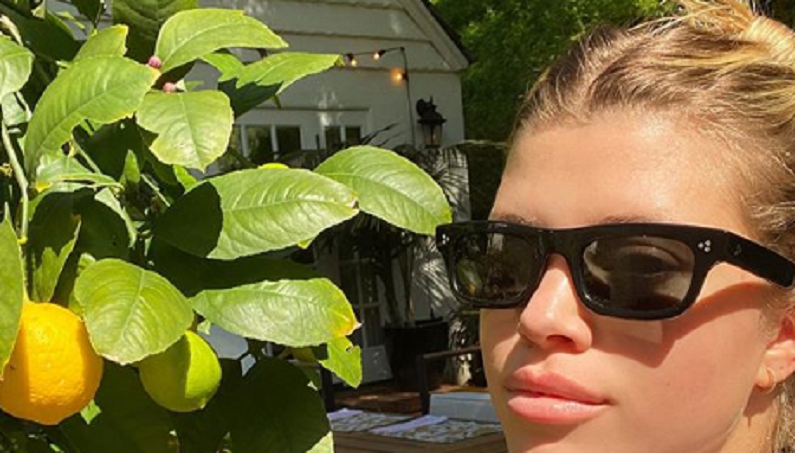 Sofia Richie and Scott Disick are reportedly “on a break” until he “straightens himself out.” Scott just checked himself out of rehab earlier this month. He entered a treatment facility for “emotional traumas” related to the deaths of his parents and his relationship with Kourtney Kardashian.

It’s time to for Scott to focus on himself. It appears that Sofia and Scott’s breakup was mutual. He wants to focus on his well-being during this time. But it looks like Sofia has already moved on. She hung out with a mystery man in recent days.

Us Weekly confirmed that Scott Disick and Sofia Richie “are on a break.” Breakup reports started to surface this week when Scott entered a treatment facility in Colorado to “work on his past traumas” that stem from his parents’ deaths in 2013 and 2014. He’s also struggling with his on-and-off relationship with Kourtney Kardashian.

As for Scott and Sofia, they did not break up. They are on a break like Ross and Rachel were on Friends.

“Scott and Sofia are on a break until Scott straightens himself out more,” the insider told Us Weekly. “Scott is in an OK place right now and is trying to get better and focus on work, but he has to prove himself.”

Earth day at its finest on my @juicedbikes

The 36-year-old left the rehab when photos of him leaked online. Scott wanted to enter the rehab without the media knowing. Another source told Us Weekly that the reality star wasn’t struggling with substance abuse. He had a hard time dealing with being in quarantine amid the coronavirus pandemic. A lot of old feelings and emotions started to surface.

“At the beginning of the quarantine Scott was doing really well and was doing a great job at taking care of himself and staying positive and healthy,” the source said. “The quarantine has taken a toll on him and brought up old feelings and habits that may have not been fully resolved.”

Another reason why the Flip it Like Disick star went to rehab is because Sofia wanted him to take care of himself.

The 21-year-old model dated Scott Disick for three years since 2017. Sofia Richie remained by Scott’s side throughout his struggles. But the insider told Us Weekly that her father, Lionel Richie, was “concerned after Scott’s rehab stint.” This could be the reason why the couple is on a break.

According to Next Alerts, Sofia was spotted with a mystery man at a mansion in Malibu. The man owns the mansion. Sofia gave him a hug and they went their separate ways. The mystery man and Sofia are rumored to be dating.

So what are we calling summer 2020? #cancelled

It’s also likely that the mystery man is a friend of Sofia’s, but she hasn’t commented on the romance rumors. However, Sofia has always been private about her personal life. She rarely posts about Scott on social media.

According to The Sun, Sofia Richie looked carefree when she went out with a girl friend and the mystery man on Malibu, California on Wednesday, May 20. Sofia wore a pastel tie-dye hoodie and beige cycling shorts. She also wore a black face mask, dark sunglasses, and a black baseball hat.

Sofia was joined by a female friend in a red hooded sweatshirt and a guy wearing an all-black ensemble. Sofia and Scott haven’t been seen together in a month. She even posted a sad selfie on Instagram earlier this month.

What are your thoughts? Do you think Sofia Richie has moved on from Scott Disick? Sound off below in the comments section.

‘Sister Wives’: Are Kody & Robyn Brown About To Be Homeless?!
‘LPBW’ Unexpected Intruder Brings Roloffs To Action: See Video
Is Jessa Duggar Finally Going To Reveal Baby No. 4’s Gender?
Is It Too Late For Jill & Jessa Duggar To Sue Josh For 2002 Molestations?
Now That ‘Younger’ Is Over, What Is Status Of Hilary Duff’s Spinoff?