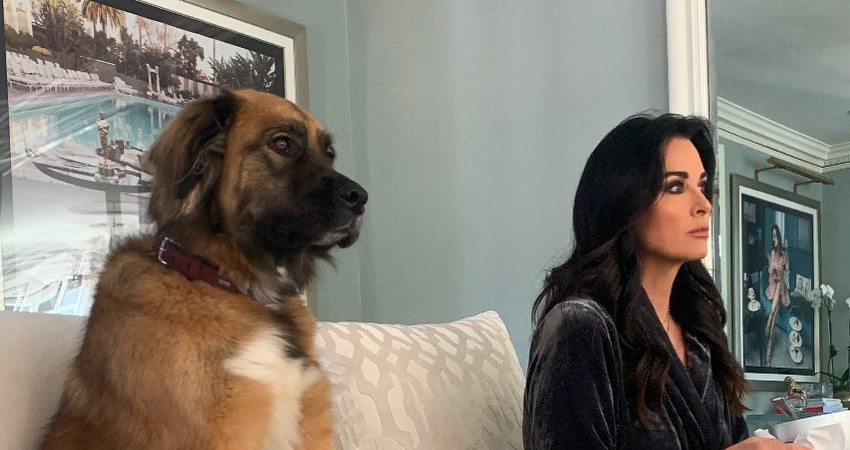 Horror movie fans will have to wait a bit to get their Michael Myers fix. The Real Housewives of Beverly Hills star Kyle Richards is appearing in the upcoming sequel, Halloween Kills. The movie was set to come out in October of 2020. But due to the coronavirus pandemic, the movie won’t be out on time.

The director of the original 1978 Halloween, John Carpenter, shared the news on social media. In the post, he also dropped a teaser trailer.

Halloween Kills will now come out on October 15, 2021. It was set to release October 16, 2020. The franchise is already working on the continuation of the Halloween movies. Halloween Ends hasn’t even started filming, but it already has a release date.

The Real Housewives of Beverly Hills fans have heard a lot about Kyle Richards’ role in the movie. She is playing the same character she played in the original, Lindsey Wallace. The RHOBH star was a child actress in 1978 when she took on the role in the horror flick.

Now that RHOBH is airing Season 10, she talks a lot on-screen about shooting the film. She recently said that it was the director’s idea of her to get her hair cut into bangs. The bangs recreate the look of her character in the original movie.

Halloween Sequel Isn’t The Only Movie Pushing Back Release Date

The coronavirus pandemic has wreaked havoc on television AND film. RHOBH just took a month-long break so the editors could finish editing the remainder of the episodes in Season 10. Many network shows didn’t get a proper season finale because of the March production shutdown. Some soap operas are finally resuming filming this month.

Movie theaters are also slowly reopening after months of worldwide closures. Without theaters, some movie companies chose to release content online, but many chose new release dates instead.

The sequel to hit movie A Quiet Place was set for March 20, right around the time theaters closed. It will now come out on September 4.

Halloween isn’t the only franchise from the 80s getting a fresh take in 2020. Iconic horror movie starring Tony Todd, Candyman, is getting a complete reboot. The new release date is October 16 instead of June 12.

Bill & Ted are saving the world again in Bill & Ted Face the Music. That release is now happening at the end of August instead of the beginning. August 28, to be exact.

Actor Keanu Reeves is reprising several of his iconic roles in upcoming sequels. The John Wick saga continues with Part 4. It was originally set for a 2021 release, but will now come out on May 27, 2022.

He will also bring back Neo with another Matrix movie. Matrix 4 will also come out on April 1, 2022.

Entertainment Tonight has a fuller list of movies that studios are postponing due to the COVID-19.

The Real Housewives of Beverly Hills returns July 8. The drama picks back up with Denise Richards and Dorit Kemsley. See a preview below.

Denise is done, and wants the women to drop it on a new #RHOBH TONIGHT.