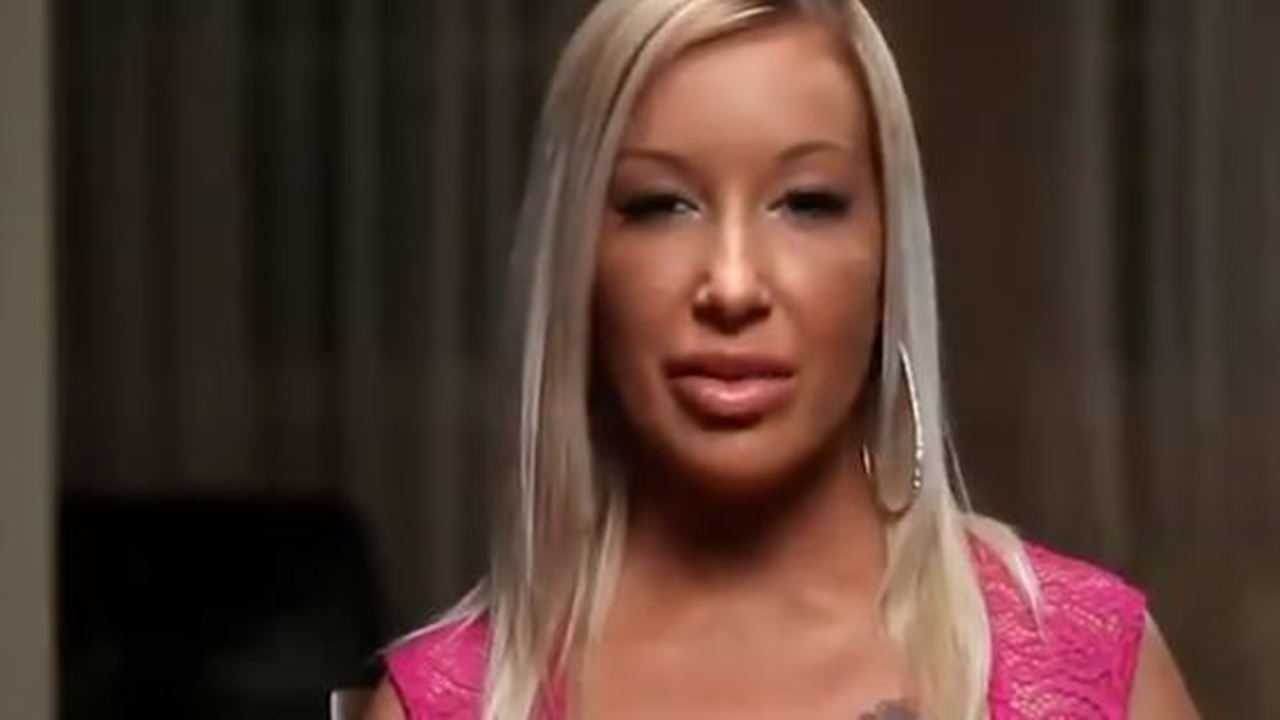 Love After Lockup couple Lacey Whitlow and Shane got fans speculating after she shared a photo of themselves on Instagram. Fans of the show seem convinced she presents signs of pregnancy. Naturally, fans wonder if could actually be John’s baby on the way. Recall that Lacey, Shane, and John shared an explosive love triangle.

Fans discussed the possibility the couple might be pregnant over on Facebook. The possibility’s always likely, given their propensity for slipping between the sheets. And, they make no secret of that. Potentially, during quarantine, they could have filled their time by working at things in the bedroom. But one fan suggested they thought Lacey got her tubes tied. Nevertheless, fans set that aside and eyeballed the photo that emerged on Instagram.

Quite why Love After Lockup fans think Lacey looks pregnant isn’t immediately clear. As you can see in the photo below, her tummy’s not actually visible at all. Her caption read, “Glowing ✨Brighter then the Sun ☀️ …, (sic).” With comments locked on Instagram, fans headed over to the Love After Lockup: All Tea, All Shade group on Facebook, and discussed the possibilities. One fan noted, ” I’m not sure. Her boobs don’t look pregnant puffy.” And, others noted her fake boobs could still look bigger with pregnancy.

Some fans think that Lacey’s definitely sporting a baby bump from the way Shane holds his arms. But another fan said that Lacey got a “COVID-19 belly.” Actually, plenty of people put some weight on during quarantine from sitting around snacking a lot. Other fans suggest that Lacey’s caption said it all. After all, she talked about “glowing” and pregnant women “glow” allegedly. Another fan wrote, “Just what’s she needs. Another kid for her dad to raise.”

Then, other fans thought maybe Lacey’s under a Love After Lockup NDA with WE Tv. So, she might not be able to talk about pregnancy. Perhaps her caption just hinted at the possibility. Looking at other photos on her Instagram, it seems that she hides her tummy area in recent photos.

Finding out for certain’s not easy. The problem comes for fans because all of Lacey’s Instagram comments are locked. It seems she’s super-careful about letting any spoilers slip. But if they really expect a baby, no doubt, sooner or later, the confirmation comes out. Plenty of WE tv fans sincerely hope there’s no bun in her oven. One fan said they fell terribly bad if there is one and felt “sorry” for the kid with parents like Shane and Lacey.

What do you think? Is Lacey Whitlow from Love After Lockup pregnant? Sound off in the comments below.