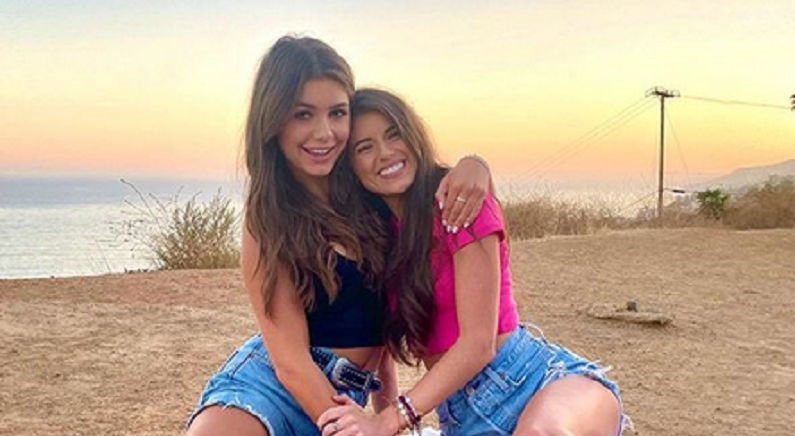 Hannah Ann Sluss and Madison Prewett got together for “date night.” Both of Peter Weber’s exes have moved on. And they looked happy without him in their recent photos. Hannah Ann and Madison reunited in Los Angeles and shared the photos from their girls’ night.

As fans know, both ladies appeared on his infamous season of The Bachelor. Before the Fantasy Suite dates, the Alabama native told Peter that she wouldn’t be able to move on with their relationship if he slept with the other two women. Peter later admitted to Madison that he was intimate, and she left the show.

Fans assumed Peter and Madison would give their relationship another try after their reunion on After the Final Rose. However, the couple announced their split just two days later. Peter is currently dating Kelley Flanagan, and Hannah Ann and Madison are enjoying the single life.

As per E! Online, Hannah Ann Sluss and Madison Prewett reunited on Tuesday, July 7. The two shared photos of their picnic on Instagram.

“Date night! Guess who I’m with?” Hannah Ann said in a clip before Madison appeared. The Season 24 contestants had a picnic by the water. She finished off the evening with a “baking night” and “desserts.” Some of the delicious treats included cinnamon bread, cookies, and Twix bars.

“[Night] time cuddles and cookies…and more desserts to come,” Hannah Ann captioned one of the photos on Instagram. The model called their evening a “special night.” Several members of Bachelor Nation were happy to see the ladies on such good terms.

Back in March, Hannah told Nick Viall on The Viall Files that Madison reached out to her after her split from Peter. They planned to reunite the next time Madison was in town.

Prior, the two had a virtual reunion in April during an Instagram Live chat.

Last month, the Tennessee native returned to television on Monday night, as per Knox News. Hannah Ann Sluss revealed that she’s “never looked back” after her split from Peter Weber. Both Hannah Ann and Madison appeared on The Bachelor: The Greatest Seasons – Ever! Chris Harrison asked the women how their lives changed since the season had a dramatic end.

And even though they were competitors in the past, the women are much closer.

“We have a deep connection that we made with each other on the show,” Madison said.

“We call each other up about chili,” Hannah Ann said, confirming that they stay in touch.

Both women also confirmed that they’re both single. However, Hannah Ann said that “my DMs are open.” However, that doesn’t mean they want Peter back. The ABC host asked Hannah Ann if she would ever consider getting back with him, but she laughed him off.

“What kind of question is that, Chris Harrison?” she said with a laugh. “I think we already know the answer to that one.”

Madison hasn’t “even considered dates” since The Bachelor

Peter Weber’s ex-girlfriend, Madison Prewett, has no interest in dating during this time.

“I take time to really get back to the best version of myself and make sure I’m in a great place,” Madison told Elite Daily, as per News Lagoon. “So honestly, I really haven’t even considered dates or anything like that.

Of course, this would be the best time to stay single with quarantine and social distancing heavily encouraged. But Madison isn’t looking to swipe right on an app anytime soon.

“Anybody who’s asked, I’ve just been like, ‘Look, I’m just focusing on myself right now,'” she added.

What are your thoughts on Hannah Ann Sluss and Madison Prewett picnicking together? Sound off below in the comments section.