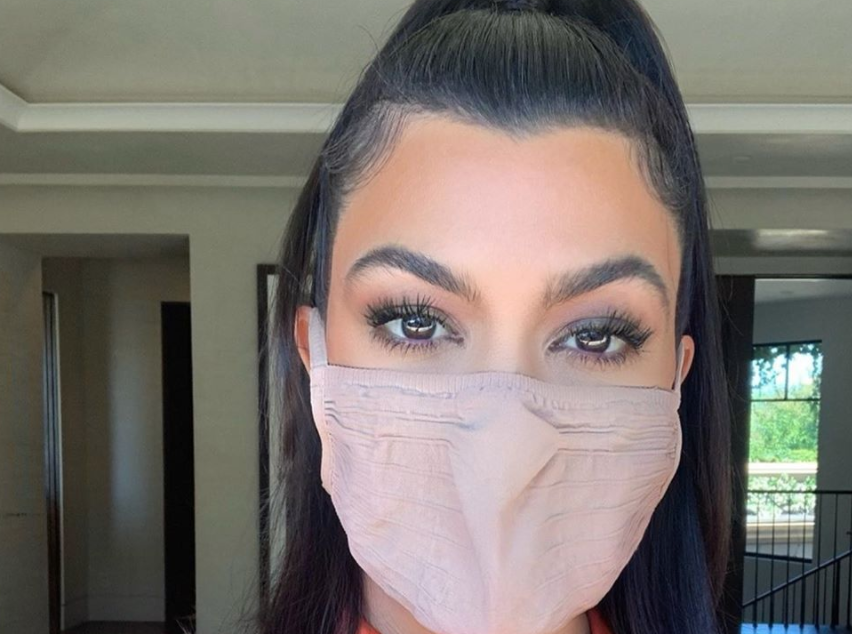 Kourtney Kardashian doesn’t seem to have any regrets. After leaving her family show KUWTK, she is happy to be out of the toxic situation.

Kourtney has been one of the main KUWTK stars since the beginning. As one of the three Kardashian sisters, fans have gotten an inside look at her life for the last 13 years. In fact, this includes her relationships, her jobs, and even her children. However, in the past few years, she stopped enjoying filming and that was made pretty apparent as fans of the show watched her on E!.

E! now says that in a recent issue of Vogue, she’s opening up on what she calls a “toxic” situation.

“I have been filming the show non-stop for 13 years, 19 seasons and six spin-off seasons. I was feeling unfulfilled and it became a toxic environment for me to continue to have it occupy as much of my life as it was,” Kourtney said to the magazine about the show.

In the latest season of KUWTK, Kourtney made it clear she was reaching the end of her rope with the show and how she was being treated. Eventually, she just decided to only allow cameras to come along to certain things that she finds appropriate. Other than that, she stays out of the spotlight.

“I have decided to take a big step back from filming and really just pick and choose what I will allow cameras to follow,” the Poosh owner said. “I think just now when I have something that I find is interesting to film, or that I would feel excited to film, that I do that.”

It is an honor @voguearabia to be on your July/August cover! This issue is dedicated to the power of following your instincts and what makes you happy, which is why I wrote the cover lines myself, the power of reclaiming yourself. Editor-in-Chief: @mrarnaut Photography: @arvedphoto Style: @grahamcruz.studio Makeup: @miyakemakeup Hair: @andrewfitzsimons Digital Art: @suzanne_tak Words: @alexandravenison

Apparently, this strategy is working out for her. Now, she can spend all of her time with her three children.

Apparently, KUWTK isn’t the only drama around Kourtney lately. She’s also been hanging out more with the father of her children and her ex-boyfriend, Scott Disick. Scott is newly single after ending a relationship with long time girlfriend, Sofia Richie. However, that apparently was not the end.

Scott has been going back and forth between Kourtney and Sofia. Scott and Sofia split back in May, and Scott was seen out and about with Kourtney. However, they really threw fans for a loop when Scott and Sofia ended up spending the Fourth of July together. That doesn’t really seem like a holiday you spend with your ex (not that any holiday is).

In addition, the two even went to lunch on what seemed like a double date. Honestly, it’s all very confusing. Scott just needs to pick a woman and stick with her.

How do you feel about Kourtney no longer being a major part of KUWTK? Let us know what you think in the comments. Come back to TV Shows Ace for more news on your favorite Kardashian family members.