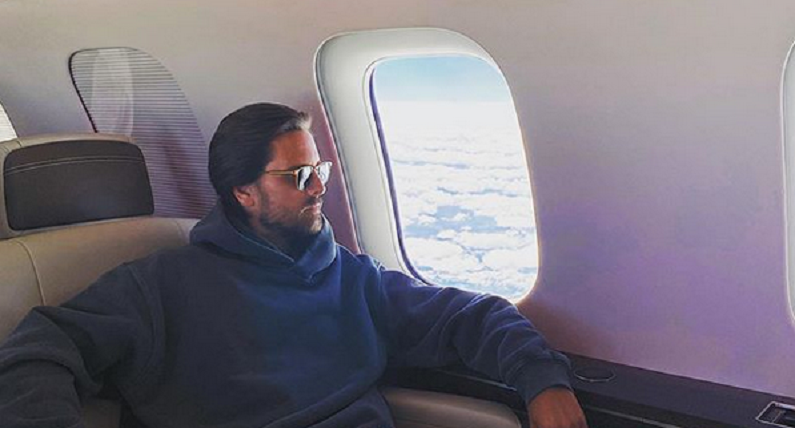 Scott Disick is still juggling Kourtney Kardashian and Sofia Richie. Back in May, he ended things with Sofia to focus on himself. But he’s back to juggling both women. He has been in touch with Kourtney since he is the father of her children.

They even took off on a brief trip to Wyoming. Scott was even caught flirting with the Poosh founder on and off social media. Meanwhile, he spent July 4th with Sofia. His relationship status with these ladies sure is confusing for fans. He’s convinced everyone that he’s in a love triangle with both.

Scott Disick and Sofia Richie spotted together since May split

The former couple celebrated the Fourth of July together, as per Us Weekly. Scott Disick and Sofia Richie celebrated the holiday together at the beach. It all started when they went to lunch at Nobu in Malibu with Alex Monopoly and his girlfriend, Alexa Dellanoson. It appears they were on a double date together. Then the group headed to a friends’ July 4th beach bash, as reported by Daily Mail.

This is the first time that the exes have been seen together. Shortly after their split on May 27, Scott and Sofia reportedly kept in touch via text message. However, Scott still has feelings for Kourtney. It’s one of the many issues that played a role in their split.

Additionally, Scott had a brief rehab stint back in April. He willingly entered the facility to work on “past traumas” related to his mental health and parents’ deaths. But he checked out shortly after on April 28 after the media leaked the photos of him at the Colorado treatment center.

Sofia is “still processing” their breakup

Sofia Richie feels confused about Scott Disick. She doesn’t like that he’s been flirting with Kourtney Kardashian on social media. Insiders told People that the 21-year-old model is “still processing the breakup.” But there’s no reason to worry yet, claims the insider.

“It was a serious relationship, not some fling, and she was there for Scott through some tough times,” the insider revealed. “It hurts to see all the speculation about Scott and Kourtney, but she is so young and gets so much attention. She’ll be totally fine.”

But their breakup was probably for the best. Earlier this month, an insider told E! News that Sofia wants to move on from their relationship. She loves that she gets to focus on herself again.

“Things seem different this time. Sofia is very happy doing what she’s doing back with her friends,” the insider said. “She’s doing well on her own and not really looking back.”

It’s clear that their relationship wasn’t a “fling.” Sofia and Scott dated for two years before they broke up. Sofia was reportedly the one who urged Scott to check into rehab. According to celebrity blogger Perez Hilton, she reached out to Kourtney, who reportedly gave Scott an “ultimatum” before he agreed to enter rehab.

Scott Disick must be feeling some type of way about Kourtney Kardashian. He’s not afraid to get flirty with his baby mama on social media. While it’s been years since the two have broken up, their connection still remains. Shortly after his split from Sofia, he and Kourtney still act like close friends. They’re reportedly getting along better than ever.

“Kourtney is not open to him in a romantic sense, but Scott is always flirting with her and thinks she looks better than ever,” an insider told Us Weekly.

Just this month, Scott was caught “liking” Kourtney’s bikini photos on Instagram. Another insider told Us Weekly that Kourtney and Scott are “not back together” but are “incredibly close.” It’s obvious that these two have a lot of history together.

What are your thoughts on Scott Disick juggling both of his former girlfriends? Sound off below in the comments section.