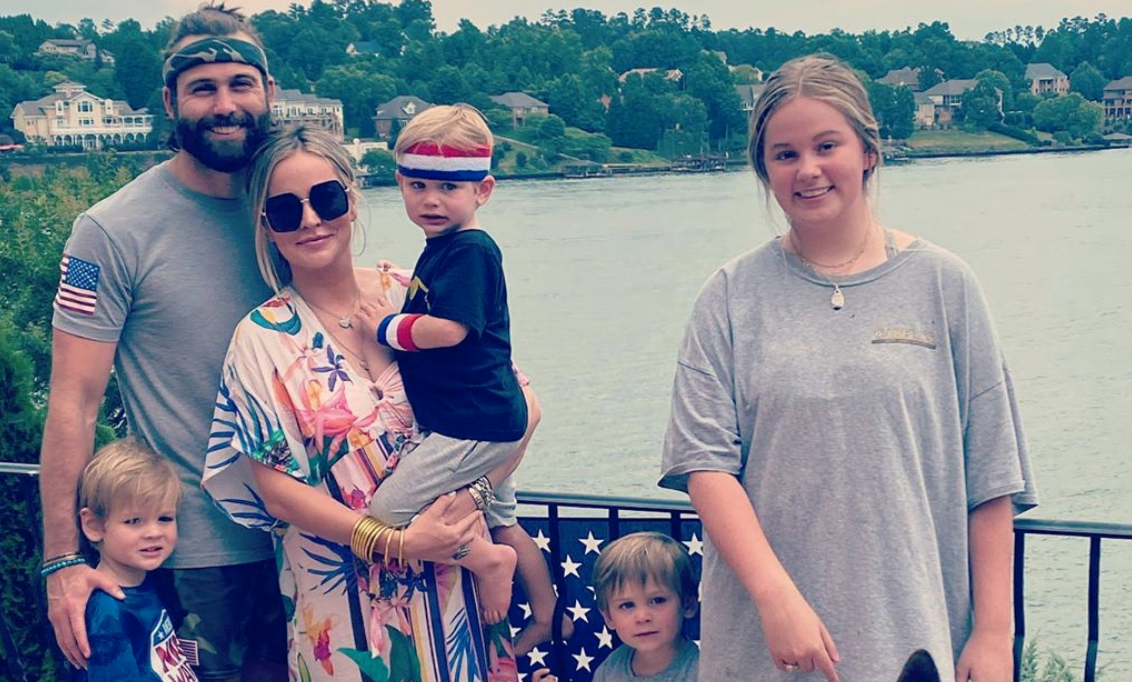 Emily Maynard from The Bachelorette posted a photo of her daughter on Instagram. Turns out, she has really grown up. She’s even taller than her mom now.

Emily Maynard was a contestant on season 15 of The Bachelor and after that became the 8th Bachelorette. She has quite the rich past though. Emily had her daughter, Ricki, 15 years ago. At the time she was with a man who was Ricki’s father. He died at age 24 and Ricki was born after that, so she never met her father. That hasn’t stopped Ricki from having a family though.

Now, Emily is married to Tyler Johnson and they share three sons together. Jennings is 4, Gibson is 3, and Gatlin who is 2 Us Weekly says.

In the photo Emily posted, the entire family including the three boys and Ricki are standing together celebrating the Fourth of July. Fans instantly noticed just how tall Ricki was getting and went into shock. Several of them took to the comments noting just how grown up she looked.

“Omg Ricki is an adult I feel old,” Bachelor alum Keltie Knight said on the post according to US Weekly.

Since she’s 15, anyone who remembers when she was born is probably feeling pretty similar to Keltie right now.

Other ‘Bachelor’ alum celebrate the holiday

Of course, Emily wasn’t the only one celebrating the Fourth. Garret Yrigoyen spent the weekend with his family however fiance, Becca Kufrin, didn’t join him. Fans have speculated a break-up between the two since Becca didn’t agree with his controversial Instagram post surrounding the BLM movement.

Becca admitted that she wasn’t sure where the relationship was going to end up. Since then, they seem to have stayed together but spent the holiday apart. Garrett posted a photo of him with his nephew. Becca commented on how cute the baby was. It seems as though there isn’t any bad blood between the two now. However, there is really no telling just yet.

Hopefully, the two are able to work through their differences. They were a very cute couple on Becca’s season of The Bachelorette. They ended up engaged after Becca struggled with being broken up with on The Bachelor the previous season.

Only time will tell if they are able to work through their problems.

Were you shocked to see the Bachelorette star’s baby so big? Let us know what you thought in the comments below. Come back to TV Shows Ace for more news on all of your favorite reality TV stars.