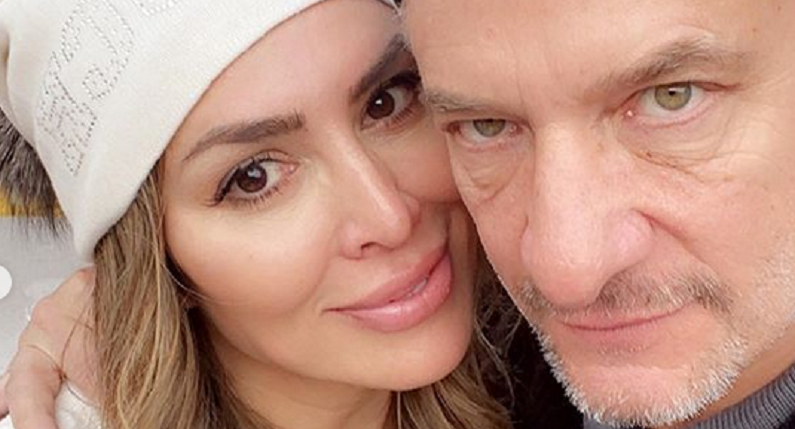 Kelly Dodd confirmed that fiancé Rick Levanthal is moving to Orange County. The 44-year-old reality star revealed that her Fox News correspondent love is moving to the West Coast ahead of their wedding day. Kelly took to Instagram to make the announcement. The couple has prepared for Rick’s big move for the past few months.

The polarizing Bravo star shared a photo of Rick in his New York apartment. The couple wanted to say their final goodbyes to the property. Rick is reportedly putting his home on the market. In the photo, he wears a face mask, which is interesting since RHOC fans slammed her for not wearing one.

Excited for @rickleventhal to come to CA!!!

As per The Blast, Kelly Dodd shared Rick’s selfie on her Instagram page. In the photo, Rick looks at the camera as he wears a bandana face covering. In the background is Rick’s New York City apartment, which has muted colors such as black, white, and gray.

“One year ago to this day.. I met @rickleventhal the love of my life,” Kelly wrote in the caption. “He’s saying good by [sic] to his NYC apt (let’s pray he sells it) packing it up and starting a new life with me here in California officially.”

One year ago to this day.. I met @rickleventhal the love of my life ❤️❤️. He’s saying good by to his NYC apt (let’s pray he sells it)packing up and starting a new life with me here in California officially..I’m so excited for our future together !! Bye bye NYC! 🎉🎊🎈❤️

Kelly is happy about Rick’s big move. She ended her caption by writing, “I’m so excited for our future together!! Bye bye NYC!” Kelly spent most of her time in New York City with her beau. The couple flew back and forth between California and New York amid the coronavirus pandemic. However, they had to fly back to California since filming for RHOC will resume soon.

Despite her controversial comments, Kelly is still an RHOC lady. Fans slammed her “insensitive” and “tone-deaf” posts about the coronavirus pandemic, Pride Month, and George Floyd’s death. As TV Shows Ace reported, fans slammed her for not wearing her mask. Kelly also revealed that she’s still an Orange County Housewife and will resume filming with the rest of the cast this month.

The couple prepares for their upcoming nuptials

Kelly Dodd and Rick Levanthal will relocate to their new home in Newport Beach, California, according to The Blast. She took to social media to share photos of them spending time together in their new home. This comes after Rick’s New York City apartment went on the market. The couple will miss that home because of the fond memories they have.

“Rick just put his place on the market this week because he’s relocating to California and our new house in Newport Beach,” the television personality said in a previous interview with People. “I will always love that apartment because Rick proposed to me there on his terrace overlooking the city.”

Reminiscing when we could go out to dinner in NYC .. thanks @asiajones101 for the picture and being with us on our engagement night . #tedandasia

In November 2019, Rick proposed to Kelly after she traveled to NYC for the first-ever BravoCon fan convention. In her interview with People, the apartment brought the couple a lot of luck. But they’re looking forward to their future together.

Kelly and Rick already moved in back in March

As per Bravo’s Style & Living, the RHOC star and TV journalist have already moved into their first home together. Kelly Dodd took to her Instagram Stories to share the stunning shots of their home. The series of clips featured the couple’s all-white kitchen. Although they haven’t unpacked yet, they haven’t wasted time moving.

I can’t believe I just got engaged !! @rickleventhal you are my Prince and my dream come true!!! #love #engaged #myprince

Now, it looks like the couple will adjust to their new lives together on the West Coast. It’s also likely that he will appear on the new season of The Real Housewives of Orange County.