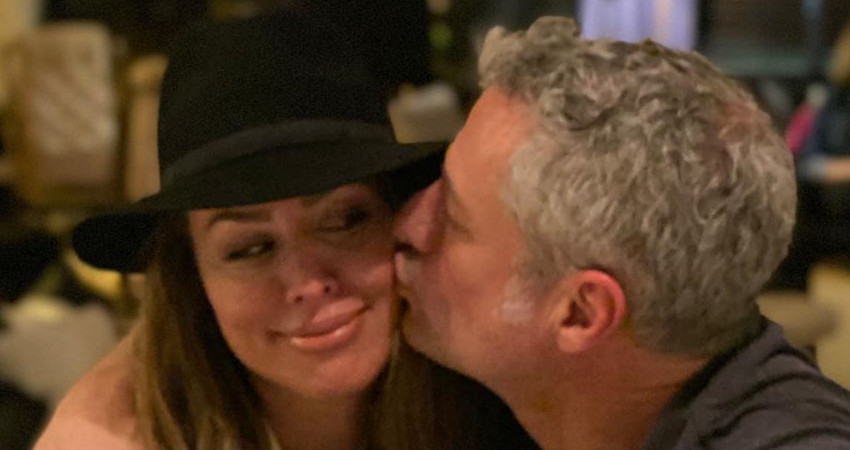 The Real Housewives of Orange County star Kelly Dodd set off fans again. In her newest Instagram post, Kelly poses with her boyfriend at a small gathering without wearing a mask. Kelly has caught heat several times in the past three months over her lackluster and sometimes controversial response to coronavirus.

The photo comes days before Orange County shutters indoor dining again amid a spike in positive coronavirus cases. Last week Kelly got backlash for flying from New York back to California.

Fans Are Not Happy About Kelly’s Maskless Photo

RHOC fans are generally not happy with Kelly Dodd recently. She’s come under fire for everything from her comments on coronavirus (“thinning the herd,”) to refusing to social distance at a gathering with co-stars.

Part of the issue fans have with Kelly is that her boyfriend is Fox  News correspondent, Rick Leventhal. Several times in the last three months, Kelly has spread misleading information that seems to stem from her boyfriend’s employer.

A few weeks ago, Kelly caught flak for celebrating going out to dinner without a mask on. She incorrectly said that “no one” has died from coronavirus in Orange County.

Kelly once again found herself in the crosshairs of social media after posting a group photo without masks. The Blast reports that the photo was taken in Laguna Beach, California. Kelly and Rick are hugging in the background of the photo as two women look into the camera.

Several fans called Kelly out in the comments for not wearing masks. The fan wrote that Kelly would “look cute” AND “set an example” if she wrote a mask. Another fan wanted to know if masks are a requirement in California. Kelly wrote back that they aren’t a requirement in her friend’s backyard.

Season 15 of RHOC is behind filming schedule due to the coronavirus pandemic. However, Kelly said a few weeks ago that filming will resume sometime in July.

Last week Kelly posted on her Instagram that she was heading back to California. She posted a photo from the plane, which again caused fans to call her out.

Fans are upset that Kelly has been traveling back and forth between NY and California regularly for the last three months.

One fan asked Kelly if she’ll have to quarantine when she returns to NYC, citing the New York Governor’s mandate. Kelly incorrectly replied no, but California is  on the states that NY is requiring a 14-day quarantine for travelers.

Hope Kelly enjoyed dining in a restaurant last month. It may be the last time for a while. After a spike in coronavirus cases across the country, California is retreating back into quarantine. NBC Los Angeles reports that several counties are shutting restaurants back down, including Orange County.

This also affects television production for CBS soaps that were hoping to resume in early July. Check back with us for updates on when RHOC will return to Bravo.