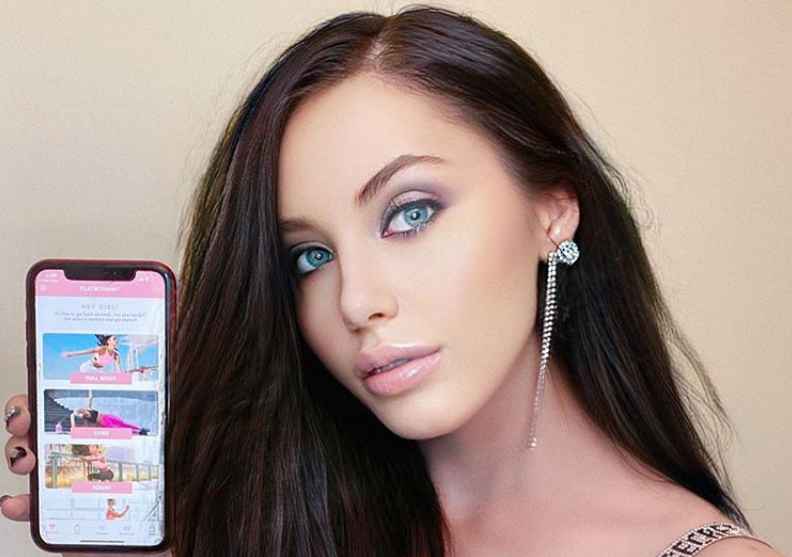 Deavan Clegg of ’90 Day Fiancé has trouble enough with fiancé Jihoon in South Korea. On top of this, she is now being criticized for her parenting skills by Geoffrey Paschel. On seeing her fellow TLC reality star attacking her, Deavan swiftly responds, calling Paschel “evil” and notes he has no custody of his own children.

As a reminder of Deavan’s standing on the TLC reality show, 90 Day Fiancé: The Other Way, when visiting Jihoon in Korea she becomes pregnant. Clegg already has a daughter from a previous relationship. The pair has been dating long-distance for some time until she visits him in South Korea. Deavan decides to move to South Korea to raise their child together. However, she finds Jihoon is unable to support her and the family. This leads to her heading back to the US.

On Season 2 of 90 Day Fiancé: The Other Way, Deavan is seen to return to South Korea to give Jihoon a second chance. While he claims he can now support the family, in reality, he still has no job. About the only way he has made money in the past is by selling stolen cell phones. Jihoon now has a part-time delivery job.

On this week’s episode of the TLC reality show, viewers see Deavan arriving in South Korea. She is accompanied by her two children and her mother, Elicia. There is almost immediately a blow-up between Deavan’s mom and Jihoon’s parents. On top of this, it turns out the home he has found for the family is pretty bad. It is located in a dilapidated building in a bad neighborhood of town.

Geoffrey Paschel has been surrounded by plenty of controversies himself on 90 Day Fiancé: Before the 90 Days. He was in an online relationship with a Russian beauty, Varya Malina. However, when he traveled to Russia and proposed to her, Varya turned him down. This is after she finds out he has a criminal record relating to drugs.

Geoffrey heads home to Knoxville, Tennessee, where he immediately gets involved with his long-time friend, Mary Wallace. Varya had a change of heart and wanted to be with Geoffrey. After texting him several times and getting no response, she flew to the US to be with him. Meanwhile, when Varya arrives, she finds Geoffrey has moved on with Mary. There’s a big fight between the two women and eventually, Geoffrey proposes to Varya again and she says yes.

With all the controversy surrounding him, Geoffrey made the mistake of criticizing Deavan’s parenting skills. As Paschel has a number of standing allegations of abuse from various women, he doesn’t have a leg to stand on. Deavan claps back at Geoffrey, saying, “You’re really going to come after me and my daughter like that?” She tells him he is “absolutely f**king disgusting.”

Clegg says she saw the comments Paschel posted and told him her daughter is 4 and he must “grow up.” She continues by saying she isn’t the one who has lost custody, he did. She also mentions she had been in an abusive relationship. Having seen Geoffrey’s police reports for abuse, she says he is a “disgusting human being.” Deavan speaks about the fact he was fired by TLC. She tells Geoffrey to not attack her and her child when she doesn’t even know him.

It doesn’t take long for Paschel to respond to Deavan’s comments. He says he “can’t get enough if ignorance.” Geoffrey claims it is comical. He says he doesn’t come after children, saying it’s not their fault. “It is the parent behind it.” Paschel says if he was Deavan, he would focus on raising the children, instead of letting others do it for her.

As noted by The Blast, Deavan responds by saying she raises her kids on her own and that she has custody of both children, unlike Geoffrey. She says she has “full custody for a reason.” She says Geoffrey lost custody of his children, so worry about that before attacking her parenting skills.

Labeling Geoffrey as “evil,” Deavan then says she is surprised TLC had hired someone with such “crazy convictions.” Geoffrey has a criminal record and was imprisoned for 30 months for selling drugs. He also has a number of abuse allegations against him from previous relationships. While Paschel denies the abuse allegations, he was also accused of using his children as drug mules.

Keep up with Deavan and Jihoon and the rest of the cast of 90 Day Fiancé: The Other Way on TLC Mondays at 9 pm ET.