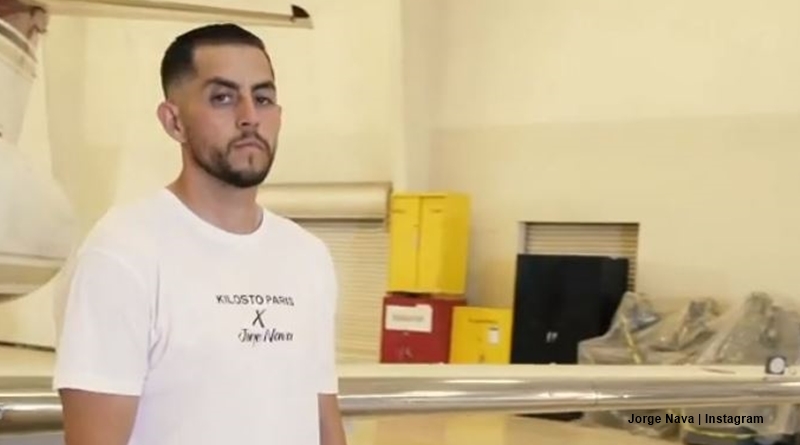 90 Day Fiance fans greeted Jorge Nava’s release from prison with joy. Since he got out last month, he promised some things in the pipeline. Back at the end of May, he announced his Kilos to Paris Collection comes soon. Now, he announced the launch comes at 5 pm today, July 1.

Jorge Nava looks nothing like the man who went to prison on drug charges. Anfisa left him while he served his time, and he found a new girlfriend. Jorge worked very hard in prison and lost lots of weight. These days, he attracts some rather thirsty female fans. He also looks at rebuilding his life. One step he recently took was partnering up with Kilos To Paris. Jorge mentioned the project on his Instagram on May 27.

The 90 Day Fiance alum took to Instagram again on Tuesday and announced the products become available on July 1. He shared a short promo clip that puts out a powerful message about his hopes and aspirations. Jorge captioned it with, “Kilos to Paris x Jorge Nava Dropping tomorrow at 5pm link in my bio #jorgenava #kilostoparis #streetwear.” Fans like the way Jorge seems determined to build a new life and a new image and plenty of them responded to his post.

On his post, a few 90 Day Fiance fans commented about the promotion. Some asked what Kilos To Paris means. Over on his website, it explains under the FAQs, “Whatever you want it to stand for, use your imagination. The name [has] an origin and reason and we might share this one day, but for now, it means whatever you want it to mean. ” The limited editions include things like hoodies, tee-shirts, sweaters, and accessories like bracelets.

Fans told Jorge Nava they look “dope.” One said, “So proud of your growth big guy 🔥🔥🔥.” Another follower wrote, “George lookin’ like a snack!” One person noted, “D*mn 90 day fiancé to this, YOU REALLY DID THAT💯💯💯👍🏼👍🏼👍🏼.” Then, someone commented, “When did Jorge become a fashion icon? I’m so here for it 🎉.” Actually lots of his fans feel the same way. Others think Anfisa might regret dumping Jorge so fast.

The Blast reported that Anfisa “showed off all her assets in a steamy workout video on social media.” Anfisa left Jorge and took up with someone named Leo. Actually, Leo looks nowhere near as fit and wholesome as her ex, Jorge. She lives in California and presumably, no plans for Jorge other than a divorce come in her future. She plans on attending “college in the Fall.” Fans of 90 Day Fiance always believed that Jorge only dealt with drugs to pay for the lifestyle Anfisa demanded.

What do you think about Jorge Nava launching his Kilos to Paris Collection? Sound off in the comments below.