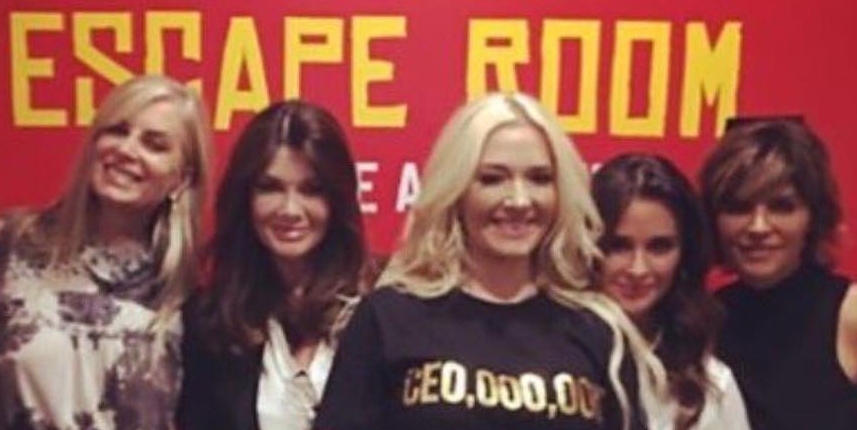 The Real Housewives of Beverly Hills fans haven’t seen the last of Eileen Davidson. The soap star makes her return in the second half of the Bravo show. In anticipation, Eileen was a recent guest on Bravo’s Daily Dish. And did she dish!

Eileen spoke out about everything from her feud to Kim Richards to how Lisa Vanderpump tried to control ‘the way’ storylines went. Denise Richards and Eileen had a mini dust-up last week over Eileen’s comments. The DOOL star said Denise was acting strange last year during filming. However, Denise clapped back and said she was nervous about her hernia surgery.

Eileen later revealed on Twitter that the two actresses hashed it out over the phone and it was a simple misunderstanding.

RHOBH Alum Says Kim Richards ‘Hated Her’ From The Get-Go

However, there doesn’t seem to be a misunderstanding when it comes to Kim Richards. Eileen says on the Daily Dish that Kim didn’t like her “out of the gate.” The soap star joined RHOBH for Season 5, but left after Season 7.

Eileen never knew why Kim didn’t like her. But she recounts how Kim came up to her after the wrap party “like nothing had happened.”

Kim Richards isn’t the only former co-star Eileen is serving tea on. She reveals some not-so-surprising intel about Lisa Vanderpump. It all went down during the infamous Amsterdam trip.

As viewers may recall, Kim threatened to spill a secret about Lisa Rinna’s husband, Harry Hamlin. An angry Lisa hurled and shattered a wine glass in Kim’s direction. Watch a clip below of the tense encounter.

According to Eileen, Lisa Vanderpump was “pressuring” Lisa Rinna to forgive Kim. Reality Blurb reports that Lisa V.’s interference didn’t “make sense” to Eileen. In hindsight, she questions why.

Eileen says, “[Lisa Vanderpump] was also maybe trying to keep it interesting or thought that it should go a certain way.” In fact, she wasn’t surprised by Lisa Vanderpump’s exit after Season 9.

Lisa Vandepump left, in part, due to the accusation that she sold a negative story about Dorit Kemsley to the press. Eileen notes that it wasn’t the first time she’s faced that accusation. As Eileen points out, the show has to “evolve” at some point.

Lisa Rinna and Eileen are good friends, both acting on soap operas during their acting careers. In fact, they both starred on NBC’s Days Of Our Lives. Therefore, it’s no surprise that Eileen would have Lisa Rinna’s back in her argument with Kim Richards.

However, Eileen is also friends with Denise Richards. Lisa Rinna and Denise were friends but seem to have a falling out at some point during the current RHOBH season.

Lisa Rinna recently teased fans with a photo of herself and some of her co-stars. She captioned the shot, “ROME IS COMING,” which some outlets took as a diss to Denise.

Season 10 largely revolves around the rumors that Denise hooked up with Brandi Glanville. It all comes out during the cast trip to Rome. The Bravo show is currently on hiatus but the drama wil amp up once it returns.

The Real Housewives of Beverly Hills returns on Wednesday, July 8 on Bravo.

Years Of Botox Leaves Simon Cowell’s Face ‘Stuck Like That’ Experts Confirm
‘Sister Wives’ Meri Brown Returns To Twitter With A Vengeance
CBS’ ‘Mom’ Season 8 Episode 14 Recap: April 15
‘My 600-lb Life’ Update on Lupe Donovan: Where is She Now?
Strong ‘OutDaughtered’ Mama Is TERRIFED Of These