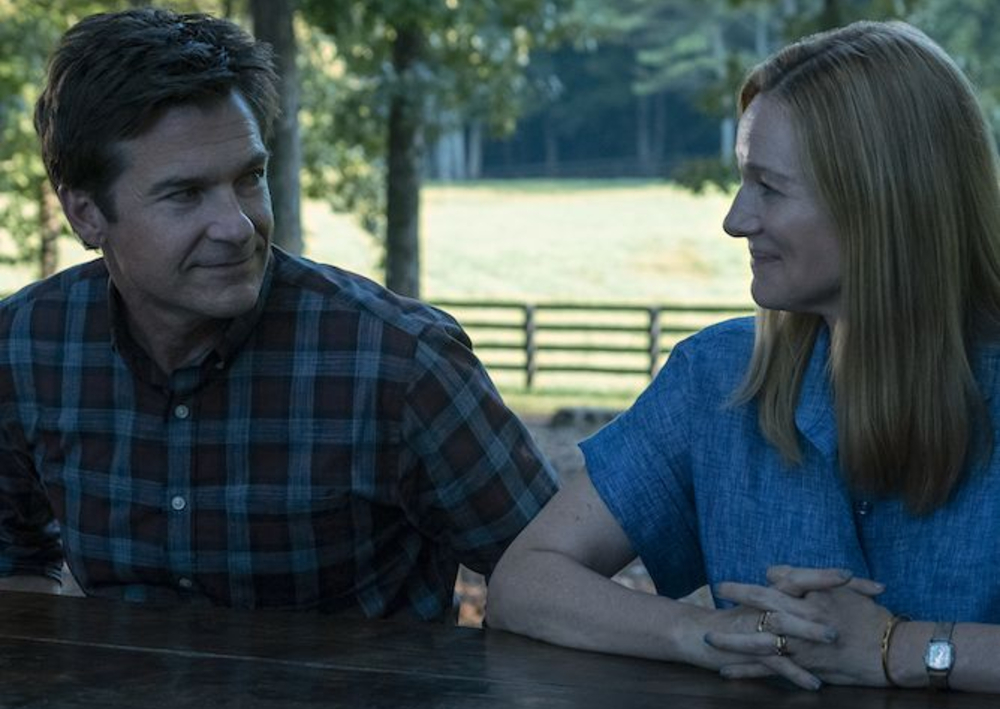 Spoilers- do not read unless you have seen the last season

Netflix series Ozark has been renewed for Season 4 on the streaming giant, with the announcement that it will also be its last.

The brilliant and visceral drama has created a steady build since its inception.  Last season was the third, and it had maximum chatter from fans and critics who watched as the Byrdes continued the slide into their life of crime.

Netflix announced that this fourth season will consist of 14 episodes, and will be divided into two parts with even episodes each.

What we know so far about Ozark

The end of Ozark’s jaw dropping third season, Marty (Bateman) and Wendy Byrde (Linney) have seemingly made a pact with the powerful Mexican drug cartel.  Major characters met their end and their allies seemingly have abandoned the couple on the lam trying to recreate themselves in a resort town.

Drug lord Oscar Navarro (Felix Solis) has made a choice in his alignment and he has chosen the Byrdes over his trusted attorney, Helen Pierce. Pierce (Janet McTeer) is brutally executed by Navarro in front of the Byrdes. The three were in Mexico attending the baptism for Navarro’s son when this event occurred.

The series ended with an awkward hug between a stunned Marty and Wendy and Navarro who said this was beginning of their partnership.

It was the casino success and ability to launder Navarro’s money that cemented the viability of Wendy and Marty, along with Marty’s sell job on the FBI being on their side to mitigate the growing drug war that is decimating Navarro’s crew by his cartel rivals. Helen sadly was compromised in a messy divorce and was not pro Byrde enough to keep her around.

Wendy is turning into a stone cold criminal. She is making the other alpha female criminal, Darlene Snell (Lisa Emery) look tame, in that she set up her bipolar brother Ben for a hit.

Darlene, of course, killed her loving husband and managed to snare Ruth Langmore (Julia Garner) away from the Byrdes.

Brother Ben went off his meds and had a fate-sealing encounter with Helen in front of her daughter as he unraveled, compromising the Byrdes with Helen.  It is Helen who told Wendy that Ben has to go.

A moment of praise for the dearly departed and executed menfolk: Ruth’s creepy criminal father Cade (Trevor Long) and Wendy’s fated sweet brother, Ben Davis (Tom Pelphrey). Both actors were amazing in their respective roles and Pelphrey especially deserves to be remembered at award time.

The character of the Byrde’s son Jonah (Skylar Gaertner) continued to impress. He’s ultra bright and all about keeping up the appearances and the ruse of being legitimate, as he helped his parents recreate their new normal.

His role in season four will be fascinating to observe as the creatives behind-the-scenes tie up this character’s place in the story.

Now, Ruth is on fire with regards to her relationship with the Byrdes. She and Ben were in a close relationship, and it was Ruth who sprung him from the mental hospital. Ruth views the Byrdes now as cold and untrustworthy. And Wendy blames Ruth for setting in motion the events that lead to Ben’s eventual execution.

Enter the tenacious and quick to sniff out opportunity Ozark moll, Darlene Snell. She has a work ethic, and has been busy rebuilding her poppy fields and heroin empire.

Darlene out-balls any male heavy and makes a deal with KC Mob leader Frank Cosgrove Sr (John Bedford Lloyd). Their mutual enemy is the Mexican cartel and the Byrdes operation in total.

Will Cosgrove Sr. forgive Darlene for shooting his son Frank Cosgrove Jr. (Joseph Sikora) in the groin area over his attacking Ruth?  Another wildcard to see play out.

We are unsure where FBI Agent Maya Miller (Jessica Frances Dukes) is the biggest unknown, as she seems to be protecting Marty, but it’s cloudy on who she is really working for.

Ozark season 4 production and air date is TBA for 2021

Isabel Roloff Gets Real With Fans, Opens Up About Forgiveness
Uncle Dale Mills & Aunt KiKi Celebrate Kenzie’s Birthday: How Old Is She?
‘OutDaughtered:’ These Photos Of Hazel Busby Will MELT Your Heart
‘The Bold and the Beautiful’ Spoilers, August 2-6: A Wedding For Steffy and Finn
Janelle Brown Encourages Fans To Change: ‘Do Something Different’