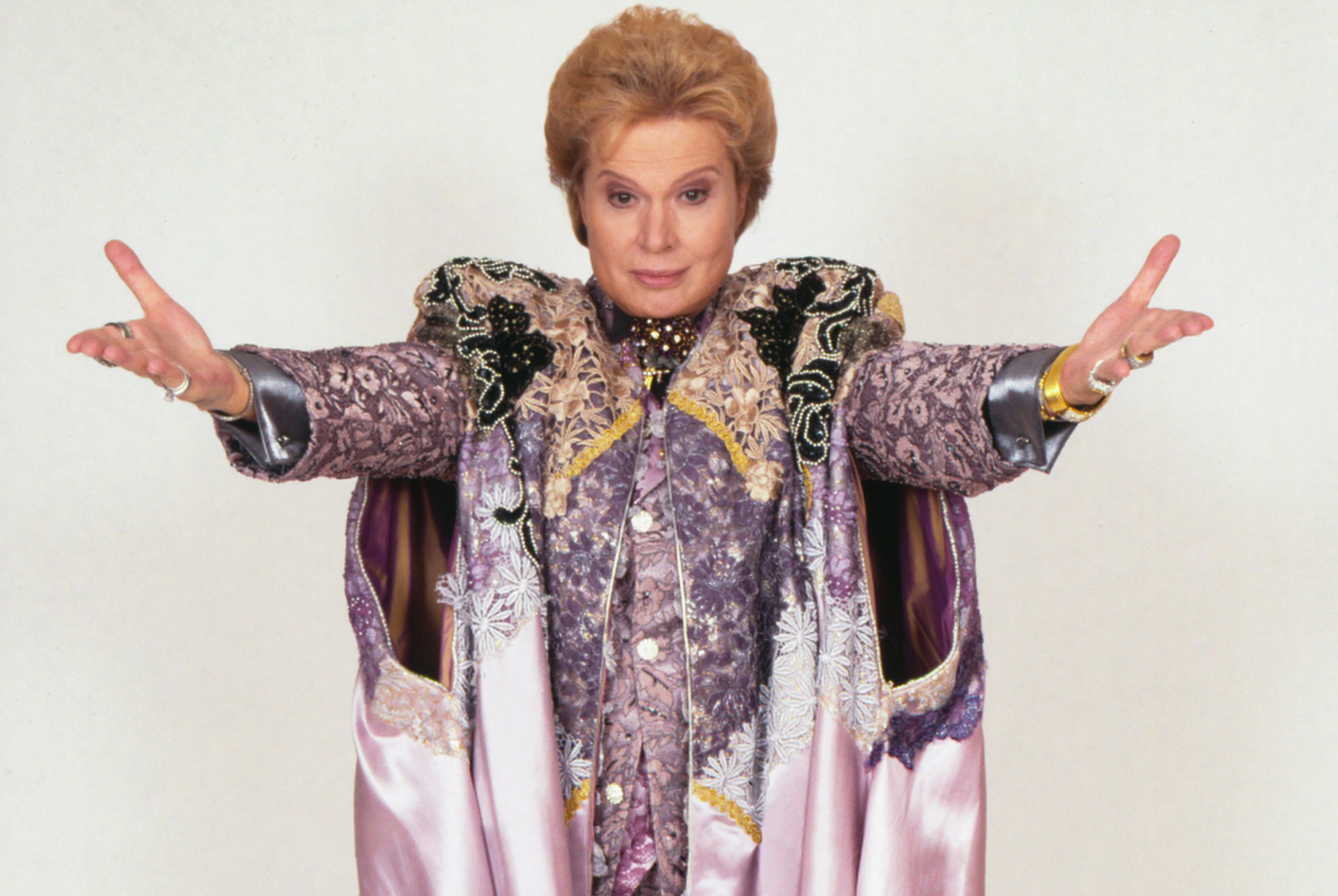 The biopic documentary Mucho Mucho Amor: The Legend of Walter Mercado comes to Netflix on the heels of its 2020 Sundance Film Festival debut back in January. The documentary will hit screens worldwide on Netflix next week.

You may have never heard the name Walter Mercado, or Shanti Ananda, a stage name he took on after a bitter legal battle with a company trying to profit from his birth name in a bad business deal he had made in 1995.

But after you watch this compelling look back at the unconventional, destiny in the stars-obsessed spiritual guide, you’ll be hooked on his constant message of love, a value he promoted until he died in 2019 at age 87.

Since childhood, Walter was considered a healer, but his greatest miracle might have been his personal transformation from shy farm boy to accomplished dancer and showman. Walter flat-out dazzled in sequined capes, statement jewelry and compelling horoscopes that shared a message of love and hope to his devoted fans  — until one day he mysteriously disappeared.

There was simply no one like him and for so many people, they lived for his performances and TV appearances.

Walter was a beautiful man, a lover of fashion, capes and making a grand entrance. He was described as a peacock set loose in a macho culture. But this legendary astrologer—who counted so many millions of devoted followers—just vanished at the peak of his fame. Why?

This documentary poignantly explains what happened to Mr. Mercado over the course of his interesting life.

If you grew up on the east coast as I had, or came from a family of Puerto Ricans as many Americans did, Mercado was a no miss event.  Mercado was the amalgam of Liberace, Lawrence Welk, Fred Astaire, Susan Miller and Sylvia Browne rolled up into one tasty Quesitos de Guayaba. He was a tantalizing enigma whose advice for each sign of the zodiac was taken to heart like an ACE inhibitor.

Missed him… and woe or worse to you for the week ahead.

Every day and for decades,  this iconic, gender non-conforming astrologer dished all matters of the zodiac while wishing “much peace and much love” to his 120 million Latino viewers with his unwavering positivity.

Marvez is known for her positive comedy and her signature closing line on stage, to “love hard, forgive harder, get happy as you can as fast as you can.” Mercado would have adored her in real life.

Of Mercado, Monique said: “Walter Mercado just was…he wasn’t gay, or flamboyant or in a sketchy line of work.  My strict, Catholic grandmother took him as gospel, and so I did. Later on, I enjoyed all the rest of Walter as a blessing and a bonus. This ‘Leeeeeehbra’ knows that when he died, the world lost a real star.”

The trailer for Mucho Mucho Amor

The Netflix Original Documentary about the iconic Latinx astrologer Walter Mercado shows some of the magic, mysticism and the love that emanated from Mercado.

This comes from award-winning documentarians Cristina Costantini (Science Fair) and Kareem Tabsch (The Last Resort) and was produced by Alex Fumero.

Mucho Mucho Amor: The Legend of Walter Mercado comes to Netflix on July 8, 2020