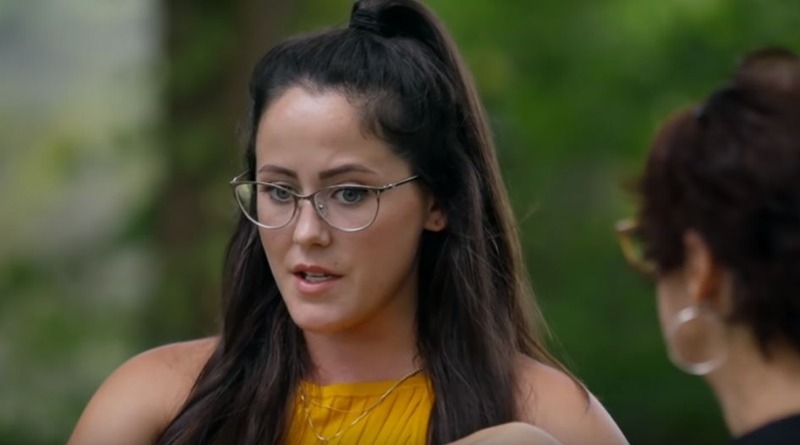 Jenelle Evans took to Instagram on Monday night and shared a short video clip of herself with Maryssa. David Eason’s daughter grows up into an attractive young lady these days. And, she seems to get on well with Jenelle. Fans fear for the kids and think David’s aggression might hurt them one day. But, these two women look relaxed with life right now.

Jenelle Evans’ fans worry about her with David Eason

Jenelle sometimes takes to social media and explains she packed up and left David. Recently, she suggested she left after David allegedly assaulted her friend Spivey. Later, Spivey denied she left him. And, he also said, “I feel like something bad is going to happen. Someone is going to get hurt on that property.” Whenever Jenelle shares any photos of the kids on social media, that sort of thing gets expressed by fans and critics alike. Many people think for the sake of the kids she should leave David.

The Teen Mom alum seems determined to keep her marriage together, despite the death of her dog, Nugget. She seems determined to stay despite the fact he allegedly pistol-whipped her friend, Spivey. Often, the news that Jenelle Evans became afraid of David Eason’s violence comes from her own social media. Mind you, she sometimes walks back on it. Some fans feel that living on The Land with all the kids and David in a loving relationship’s like an unattainable dream she can’t let go of.

Maryssa and Jenelle enjoy themselves in Tik Tok video

Maryssa, as fans know is David’s child from another relationship. She’s the daughter of Whitney Johnson. But they still seem to get along okay. In the short video clip, both of them look happy with each other. Jenelle encouraged fans to go on TikTok and follow both of them. Once again, in the comments section, fans pleaded with Jenelle to get the kids off the Land. They also slammed her for staying with David. Mind you, even if she did that, there’s not much hope of her getting Maryssa Eason away.

But, other Jenelle Evans fans simply enjoy seeing the two women together. One Teen Mom fan wrote, “Yes mama!! I love this and you and the relationship between you and your babies❤️❤️❤️.” Another one commented, “See this is great! Parents want to have fun with your kids this is what they have fun doing!! 🙌 Way to have fun with Marissa ❤️.” Then, a happy fan commended Jenelle, noting, “You’re a good Mom Jennelle. And I know you’re only gonna keep getting better and better. 💜👑💜.”

What do you think about Jenelle Evans and Maryssa Eason getting along so well together? Do you admire Jenelle for stepping up and being there for her step-daughter? Or, do you think she should pack up and leave David Eason forever? Sound off your thought in the comments below.