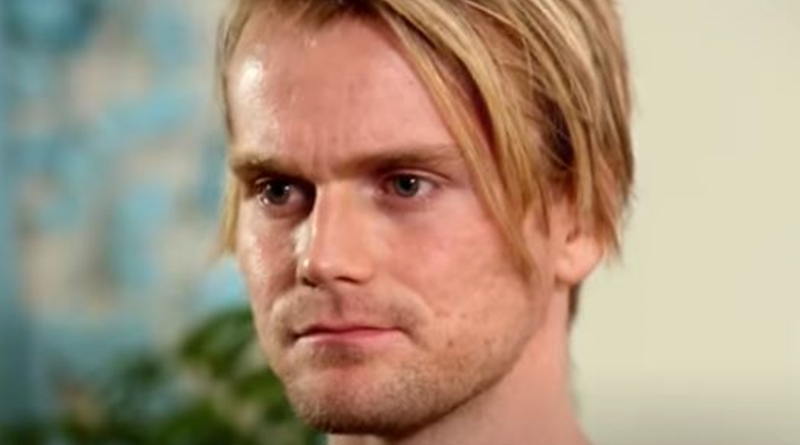 90 Day Fiance: What Now? returned to TLC and fans grow mad and disgusted that Jesse Meester’s back. And once again, he seems obsessed with Darcey Silva. After claiming for years that she “stalks him,” Jesse can’t let her go, it seems. Many people feel he’s manipulative and narcissistic.

90 Day Fiance: What Now? – Jesse acts like he never moved on from Darcey Silva

TV Shows Ace reported back in November, that Jesse still goes on about Darcey Silva. He “alleged she still contacted him.” But he seemed to be the one incessantly talking about her. While he accused her of obsessing about him, it became clear to fans that he actually displays the problem lies with him. As if he simply can’t move on, he launched into the new spinoff and straight away started talking about her yet again. Fans grow irked with him. In fact, some of them seem really angry at TLC.

Jesse doesn’t confine his conversations about Darcey to the 90 Days Fiance show. Somehow, although he’s not American, he keeps popping up in the franchise. On his Instagram, he persists with it as well. Over there, plenty of TLC fans attack him, but he sails serenely onward with his one-track obsession they think. Unfortunately, for those who hate him, he not only returned with What Now?, but also returns to irritate them in the Self Quarantined spinoff.

Meaww reported that Jesse returns with a new female love interest in the show. He claimed he needed someone “authentic” and “real” after Darcey. Naturally, just minutes into his episode, Jesse started banging away about Darcey. Fed up fans slammed him. Some of them pointedly told TLC they don’t wish to see him on their screens any more. One fan wrote on Twitter, “Dear @TLC, NO ONE WANTS TO SEE JESSE. He’s a disgusting PPE-hoarding, fame-chasing, narcissistic ahole.”

Another 90 Day Fiance critic told TLC they should wake up. They wrote, “@tlc please search ‘#90dayfiance Jesse’ and select ‘latest.’ You will find 100% of the comments are anti Jesse, asking why you keep shoving him down our throats, and begging you to stop giving him a platform for his narcissistic bullying behavior. #dobetter.” Then a disgruntled follower noted, “Why TF does Jesse get a spot on an american TV series and hes not even a d*mn American wtf?? Why not put someone we actually want to see and support… I’d take Larissa over Jesse.”

Can someone tell my WTF is Jesse doing on my TV screen let alone this show!!!! 😳😡🤬 really TLC….Jesse 🤦… definitely fast forwarding… anyone else feel like they slapped Darcy in the face???#90DayFiance pic.twitter.com/aHTD4fhewm

What do you think about Jesse Meester seemingly never letting go of Darcey Silva? Do you think he obsesses over her? Do you hope TLC never brings him back to the 90 Day Fiance franchise? Sound off your thoughts in the comments below.

Fan Confirms Garrick & Dannielle Merrifield’s Relationship Status
Now That ‘Younger’ Is Over, What Is Status Of Hilary Duff’s Spinoff?
Are Joe & Kendra Duggar At Odds With Jim Bob Because of Josh?
‘Bering Sea Gold’ Exclusive Sees Kellys Versus McCullys in Cripple River Competition
Scott Disick Makes Girlfriend Cry On Her Birthday, Here’s Why