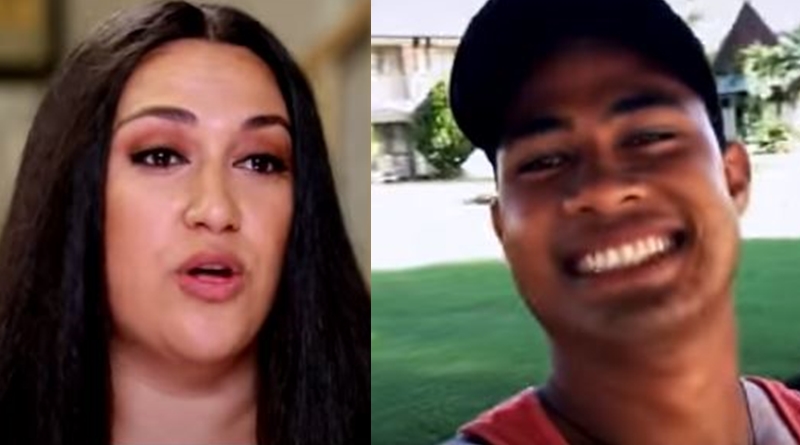 90 Day Fiance: Happily Ever After? aired another episode of Kalani and Asuelu. Asuelu wants to go home to Samoa. But, two problems arise. Firstly, they don’t have a lot of money. And, he wants the two kids to go there with them. However, there’s a measles outbreak in the country. Asuelu seems unfazed by that, so fans slammed him for acting like the third child in Kalani’s family.

During the TLC show, fans saw that Asuelu wants to go home and Kalani understands that. After all, he misses his family. But she also doesn’t trust him as he doesn’t think things through, On a date night, he brought up the visit. But, Kalani’s very worried. They don’t earn a million dollars. His family might think that because he’s in America, he’s wealthy, but they simply aren’t. We noted that she really worried about “the cost of that type of trip.” Especially as he planned on them staying in a resort.

“The plane tickets alone will be, like, $3,000,” the 90 Day Fiance star said. Plus, there’s the worrying fact about measles in Samoa. TV Insider noted that Asuelu finally agreed they should find out about vaccinations for their kids. So, they went to the doctor. But when they got told they should wait a while before going, he just put it down to the fact that the doctor’s a woman. Fans of Happily Ever After? naturally slammed him for that. But they also tore into him for being such a pathetic dad. In fact, some of them think he acts like a child himself.

Believe me I have tried, but Asuelu is so childlike that I fail to see how Kalani looks at him and thinks he's husband material. He's like her third child. He's clueless about anything that we are in double digit IQ territory. #90DayFiance

Fans grew angry about Asulu for more than one reason The fact that he takes the doctor lightly didn’t go down well. He feels a woman can’t be a doctor. One fan said, “Ok be reasonable. Asuelu the man-child thinks being a mother is “easy” and that surely the woman speaking to them about their children’s vaccines was “only” a nurse because “a doctor could only be a BOY.” Another fan noted, “Asuelu really thinks all Doctors are men! Hasn’t he lived in the states for three years? ”

But they also grew very angry because Asuelu acts like a child. Here’s what some fans of 90 Day Fiance said about that:

Asuelu is like a man child, how did Khalani NOT realize she was basically marrying a 14 year old child…?! #90DayFiance

Actually, some 90 Day Fiance fans wonder if Asuelu’s maybe got some sort of “mild intellectual disability.” What do you think? Sound off in the comments below.