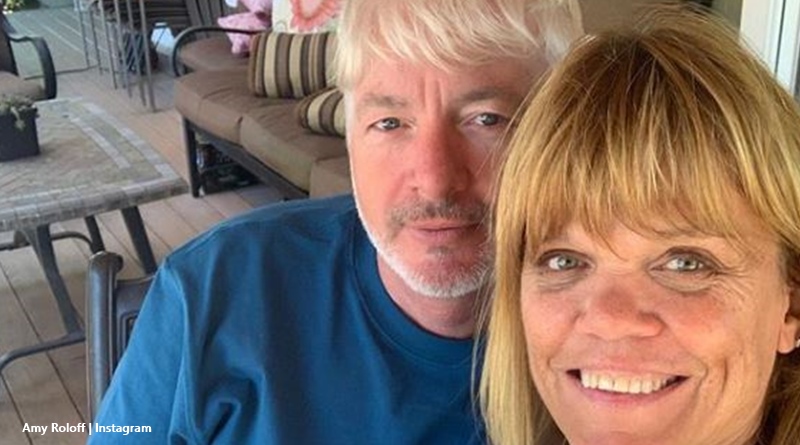 LPBW fans heard from Amy Roloff in April, that she and Chris Marek don’t actually live together at the moment. She enjoys finding some peace in her own new home. Meanwhile, Chris retains his own home. They usually spend about four days and perhaps three nights together. But when he comes over to her place, Amy likes that he helps her renovate. In fact, she clearly loves her hardworking man.

Amy took to her Instagram on Saturday and shared a photo of Chris doing some work outdoors. Busy laying some tiles, she caught him on camera. The Little People, Big World matriarch captioned it very sweetly. “Caught him in action! 😳, ” she said. Next, she mentioned how hard he worked “on getting a lot of projects done around the house for us.” Next, she wrote, “I’m so proud of him and can’t thank him enough. Love you babe!”

Fans also like that Chris seems a “keeper” and helps out Amy. One LPBW fan wrote, “He’s a good man to have around! Send him to Connecticut!!!! 💙” Others wondered what he builds. It looks like maybe some sort of outdoor patio in the backyard. A fan suggested he works on a “Hot tub pad.” One follower came up with an idea, and hopefully, Amy reads that. They suggested, “It looks great! So glad your loving your new house. Hope you can do a tour on live soon. ❤️🙏”

Modern technology makes it very easy when it comes to sharing special things. Amy often goes on Facebook Live. Usually, she talks about the day-to-day things going on in her life. Or, she chats about her book. Fans on Facebook heard about the idea that her wedding dress might feature on Yes To The Dress. Heavy reported that she “may be sporting a Say Yes to the Dress wedding gown for her big day if celebrity fashion designer Randy Fenoli can design a dress for a little person.”

The idea of a Live that shows Amy touring her home probably brings a lot of attention from fans. But, the possibility always exists that TLC might feature that sort of thing in a future episode. LPBW might return, at least in a special when Chris and Amy marry. They postponed their wedding until 2021, and fans of the show hope the happy event gets some airtime from the network. Matt Roloff talks about the possibility of spinoffs. Perhaps Amy and Chris could take part in their own new show in the future.

The Little People, Big World fans seemingly approve of Chris a lot. Would you tune in and watch if the couple ever get their own spinoff? Sound off your thoughts in the comments below.