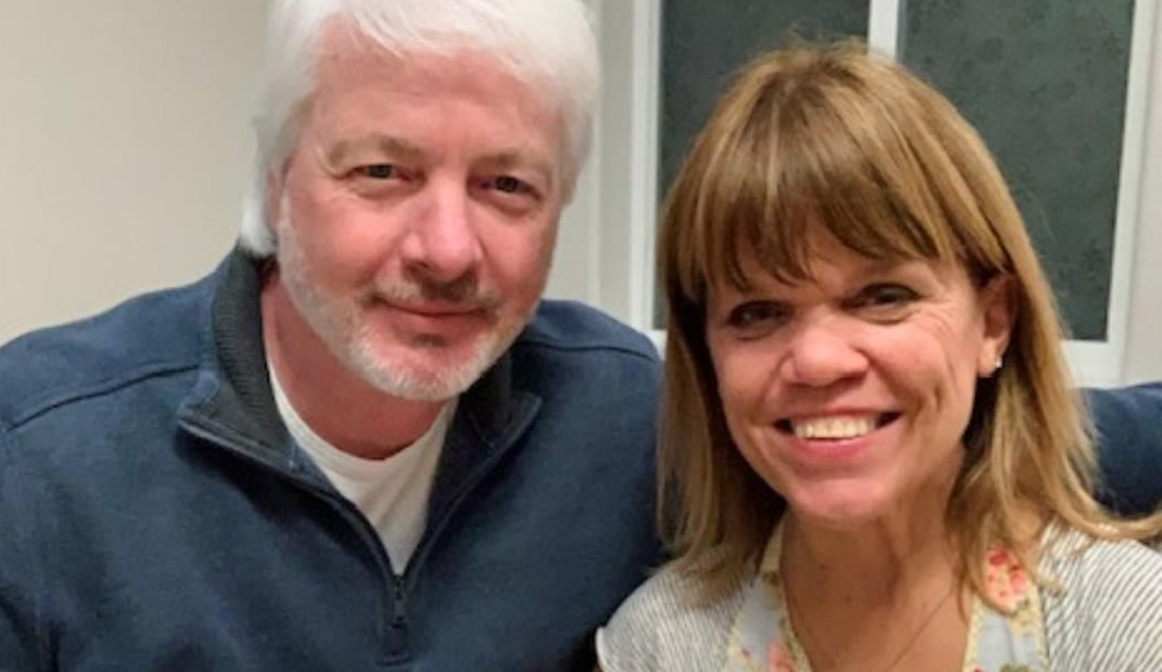 Little People, Big World fans know Chris Marek proposed to Amy Roloff. The proposal was recently featured on the TLC show. Right now, the couple is planning on a wedding in 2021, but it seems they’re still working on those plans. Nonetheless, the couple is happy and looking forward to their big day. Perhaps the wedding will air on LPBW.

On the most recent episode of the TLC show, Amy tells her son Zach Roloff and his wife Tori about her exciting news. The whole conversation is a bit awkward though. Tori and Zach aren’t quite sure how to react, and it seems like they weren’t expecting that announcement. Amy thinks it’s because Zach isn’t “ready” to hear that news.

In a confessional on LPBW, Zach reveals that he asked his parents not to talk about those kinds of things while filming. Zach says, “I told my mom and dad, ‘Hey, these are one things I don’t want to talk about on camera, my one out of bounds is your guys’ relationship and if that relationship goes anywhere else beyond where it is now.”

Now that the family knows about the engagement, Amy and Chris can focus on planning the wedding. They continue to grow their relationship too. They spend a lot of time together and appear to enjoy each other’s company. But, in a recent Instagram Live, Amy reveals that they’re not moving in with each other quite yet.

On the most recent episode of LPBW, Amy talks about living with Chris, saying, “Last night, we had talked about living together and when that would all happen. I think I am very good with, you know, moving in with him while we’re engaged, planning for a wedding, and a marriage.”

Then, she continues, “But for right now, I’ve got 30 years of stuff to move. I mean, I’d like to get all settled in with the furniture or whatever furniture and stuff, and then [have him] move in and stuff like that.”

Recently, the LPBW star started an Instagram Live and talked about Chris, as well as their living situation. Right now, she’s asking Chris for some space. In the Live, Amy says, “No, we’re not living together full time. He is over about four days and three nights, or something like that. We definitely hang out. But he still has his house.”

LPBW fans know that Amy recently moved away from Roloff Farms and into her own home. So, she’s working on unpacking and getting settled in. Amy reveals that she asked Chris for some space so she can enjoy the house by herself for a little while. She just bought the house herself and wants to have some space while she adjusts. She also says she wants to “relish in the fact” that it’s hers.

Despite not living together, Chris and Amy spend plenty of time together. And, thanks to these moments together, they’re getting to know each other better and growing their love.

So, how do you feel about the recent episode of LPBW? Share your thoughts below.

Savannah Chrisley Dedicates Instagram Post To ‘Foot Fetish Fans’
At Six Months Pregnant, Audrey Roloff Masters New Skill With Jeremy’s Help
Dogs Only? Adam Busby Reveals Why His Girls Don’t Have A Cat
‘Love After Lockup’ Spoilers: WAIT! Doug Cheated On Rachel The Whole Time?
Who Will Be The Next ‘Bachelor’? One Contestant Reportedly Getting ‘The Bachelor’ Edit