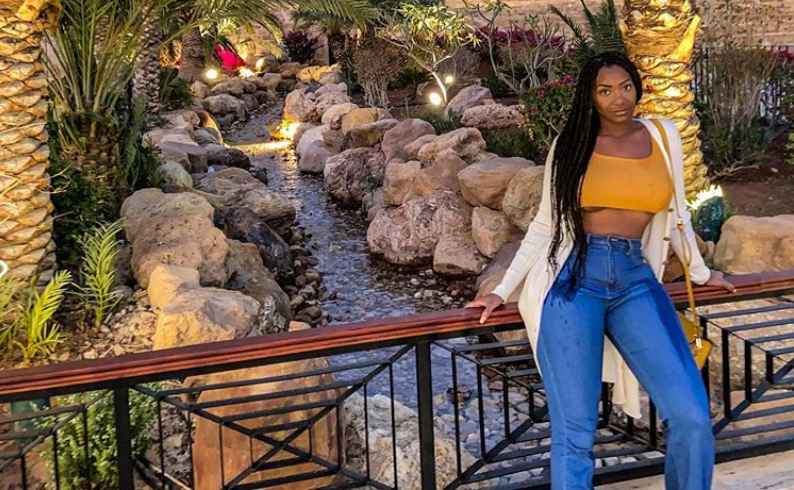 90 Day Fiancé: The Other Way star Brittany has recently traveled to Amman, Jordan, to be with her online fiancé, Yazan, 24. The 27-year-old rapper recently spoke to ET and opened up about her previous relationships with older men. This includes an 85-year-old man Brittany met in South Beach, Florida while hanging out with her older friends.

90 Day Fiancé: The Other Way star Brittany and men

While Brittany is now involved with Jordan national, Yazan, she has had a checkered past when it comes to relationships. She tells ET that Yazan is nothing like the men she has dated in the past. It turns out when Brittany was 17, she got into “the wrong relationship” with a very controlling ex. Following that experience, she has dated only older men, from 45 years up. She says this included an 85-year-old boyfriend.

While the age difference might sound shocking, Brittany explains how she met the man. She says she hangs out with older girlfriends in South Beach, who are in their 40s. Along the way, she met the 85-year-old and they really got along.

Brittany says he has a “young style,” and that he likes to go to the gym. She herself loves to work out, which made this ideal. Brittany adds that he also likes going on long bike rides and she went for bike rides each morning. This led to both of them doing “stuff together” all the time that they both enjoyed and they ended up dating.

Brittany says at one point, she just stopped seeing the man’s age. She says she was “just looking at his soul” and that is was amazing. Brittany adds that he was great. Moreover, she says she appreciated his attentiveness to her. He shared recipes with her and dropped of juices for her each morning. Brittany explains it was “little stuff” that caught her attention and he was someone who really cared about her well-being.

Check out my interview with this beautiful lady on @entertainmenttonight to explain what I think about my fight with Yazan. link in bio !

Brittany doesn’t regret her relationship with the 85-year-old

The 90 Day Fiancé: The Other Way star says looking back, she has no regrets and that she learned a lot from the older man. Brittany shares that she learned about business, about loving herself more and being a classier woman. She says this led to men respecting her more. In other words, he gave her insight into lots of things and was a mentor to her as well. Brittany adds he really wanted to see her “succeed and win.”

While they are still friends today, Brittany reveals it was their age difference that led to them breaking up. While she didn’t really notice the age difference, it was too much for many of the people she is involved with. She didn’t want to step on people’s toes. Brittany says this particularly relates to her family. Meanwhile, there is “no harm lost” by staying friends.

90 Day Fiancé: The Other Way star doesn’t go on looks or clout

The TLC reality star goes on to say that her dating choices may seem odd to viewers. However, she only views potential partners for what is on the inside. Brittany says she doesn’t date men for “clout” as that is too much energy. She says we all know how relationships are hard work, it’s not worth going through something for “15 minutes of fame.” In fact, Brittany points out she has dated a lot of ugly people in the past. While people might think she would never date them, she says their “souls were probably very beautiful.”

Brittany tells ET she is “just a chill individual.” She likes “hanging out and doing me.” Whether people like her or not, it’s cool with her. Meanwhile, the 90 Day Fiancé star says the girls in Jordan don’t like her. This is because they have never seen anyone like her before and also because they don’t speak her language. Brittany says when they see her with Yazan, they are probably thinking, “What is he doing with her?” This makes things hard for the American rapper.

I can’t believe I rode a camel today. My life has been made. Officially princess jasmine #Camel #camels

Brittany admits even in America, it is hard for her to make friends because they assume she is “mean or something.” She says she is actually a nice person and is an introvert, so she likes to keep to herself.

As fans recall, Brittany and Yazan had a huge fight at the airport when she arrived. She talks about it in this article.

Watch Brittany and Yazan’s continuing story on 90 Day Fiancé: The Other Way on Mondays at 9 pm ET/PT on TLC.