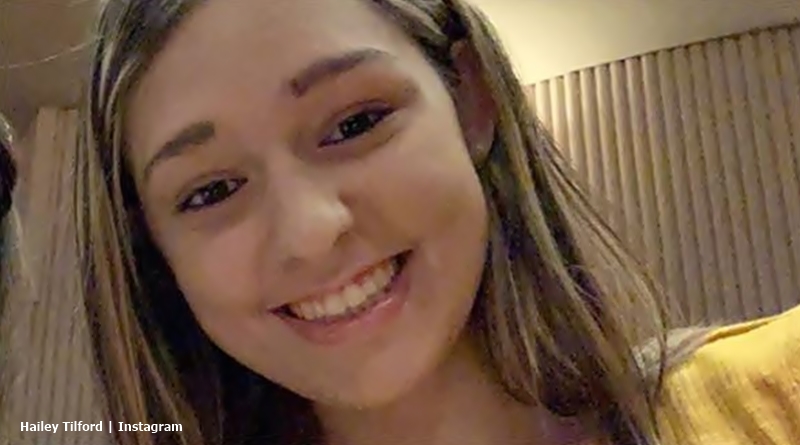 Unexpected star, Hailey Tilford really took to motherhood. Since Levi’s birth nearly three months ago, she shares plenty of updates on her son. Now, she shared Levi’s first swim with her fans and they gushed over the cute little guy. In the photo, Levi lies back in the little floatation device and certainly seems comfortable with his new experience.

Hailey took to Instagram on Friday and shared a photo of Levi in the pool. She stood close by making sure he lay safely in his float. She told fans that she picked it up for him at Target. Hailey told her fans, “My baby went swimming for the first time today 💛🥺 please stop growing up so fast!” Plenty of fans adored the photo. One person wrote, “Oh my god he is so beautiful and handsome he has your cheeks❤️😍.” Another fan commented, “He’s so beautifullll😍😍 Handsome baby boyyyy💕💕.”

Some Unexpected fans recalled their own children and even grandchildren swimming in the same sort of float. One of them noted, “I remember my granddaughter swimming at this age in something like that. She LOVED it and is 14 now and still loves swimming. We always [gave] the kids swimming lessons when they were older. Such good exercise !” Those with little ones who never saw the float before now seem keen on buying one for their own babies.

My baby went swimming for the first time today 💛🥺 please stop growing up so fast!

Fans gush over Levi and love Hailey a lot

Looking at Hailey’s Instagram these days, it’s hard to believe than at one stage she got so much hate. Someone even wished death and other horrid things on her unborn baby. But she steadfastly went through with the pregnancy, despite Matthew Blevins’ abandonment. In fact, many fans admire her maturity, especially as she and Hailey Tomlinson set aside their differences for the sake of the two children. Kinsley, Hailey Tomlinson’s baby now has a half-brother.

Unfortunately, those fans of Unexpected who hoped for Hailey Tilford and Levi on the next season of the TLC show heard disappointing news. She and Levi won’t participate. The show producers allegedly wanted Matthew and Levi but not Hailey. She refused. She and her new boyfriend Cole decided they’d rather get on and earn a living without the help of TLC. Her fans agree that its wrong Matthew should profit off a baby he has zero interest in. Fans know that Matthew took down Levi off his Instagram and he denied paternity of his child.

It looks like Cole stepped into the role of dad to Levi. Hailey took to motherhood and fans only wish their little family the very best. What did you think of the hot showing Levi’s first swim? Sound off in the comments below.