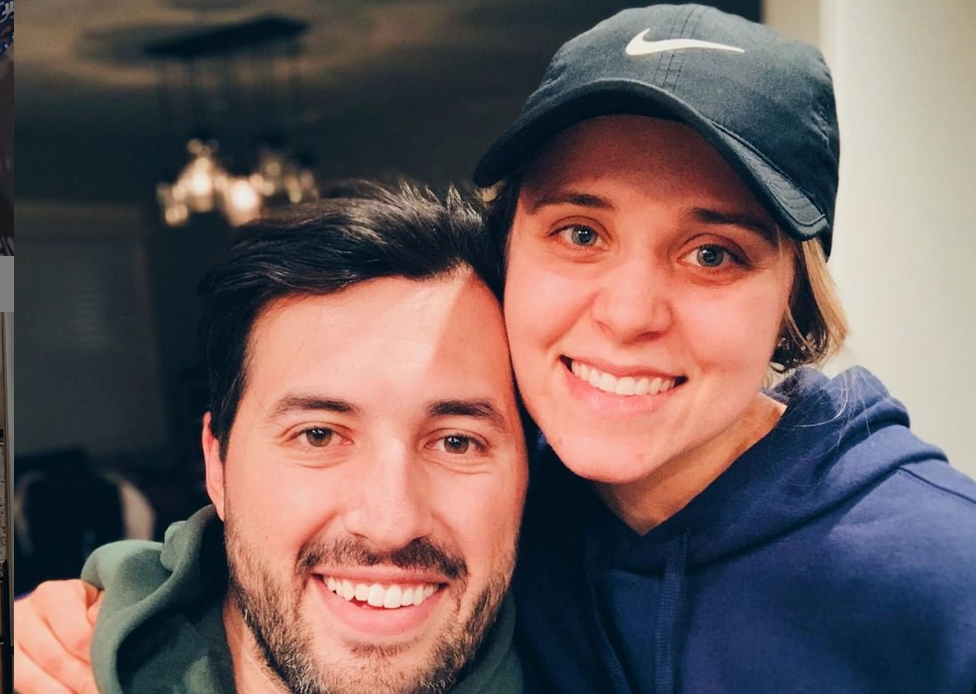 It was a month ago that Jinger Duggar Vuolo and her husband Jeremy broke the news that they were pregnant with their second child. They are expecting another baby girl. With this also came a bit of sad news as Counting On fans learned this would be a rainbow baby as Jinger previously suffered a miscarriage. Now, Duggar pregnancy news comes with a lot of questions. For starters, what will Jinger and Jeremy name the newest addition to the Vuolo?

Fans have already speculated what the name might be.

Now, it is important to keep in mind Jinger and Jeremy have not confirmed the name of their baby girl. In fact, Jinger Vuolo revealed on Instagram they had chosen a name. They, however, planned to keep the name a secret until the baby was born. Still, that hasn’t stopped followers of the Duggar family from digging into social media. Trying to figure out what the name might be. Looking for any hints that might give the name away.

As we previously reported, some fans believe Jinger and Jeremy already dropped a hint on social media. They believe the couple intends to name the baby girl Hope. And, there’s certainly no denying Felicity and Hope sound great together.

But, there is a new theory that has recently emerged. A new possible candidate for the name of the baby girl.

Duggar and Bates Confessions has a theory on Jinger Vuolo’s baby name.

There is a very active Instagram account called Duggar and Bates Confessions. Fans of Counting On and Bringing Up Bates tend to follow this account. This account is a place for fans of the TLC shows to send their “confessions” about the shows to the account privately. Then, the account picks the most interesting confessions and posts them on their profile.

Less than an hour ago, the account shared a post of someone confessing what they thought Jinger and Jeremy might have selected as their baby name. The individual clarified they knew their theory was a bit of a “stretch.”

This may be a long shot but Jinger misspelled “publicity” when asked about baby names and there is a space between public and ally. I think she’s naming it ally!”

As was typical in all the posts on this account, it reminds followers the confession was sent in by someone. And, it does not reflect the views of the account.

Could Jinger and Jeremy Vuolo decide to name the baby girl Ally? Are they naming her Hope? Or, have they chosen something else entirely? Unfortunately, we will have to wait until the baby girl is born to find out.

Now, how did followers of the page feel about the theory?

The posts on this account encourage followers to share their thoughts on all confessions. Now, the post hasn’t been live on the profile for very long. But, it hasn’t stopped over a dozen people from chiming in. Over all, the followers of the account are not feeling the theory. In fact, many noted it was a little more than just a “stretch.”

Most of the early responses to the post hoped the individual was just joking. Over all, they did not think there was even a remote possibility Jinger was dropping a hint.

As Felicity grows older, she is all about being engaged in whatever daddy & mommy are doing.🥰 She loves jumping in to help whenever she sees us sweeping and vacuuming floors, switching over the laundry, or putting things away around the house. We look at these sweet moments as opportunities to teach her responsibility—even if it does take dad & mom twice as long to finish a project.😅

So, do you have any thoughts on this theory? Sound off in the comments down below.