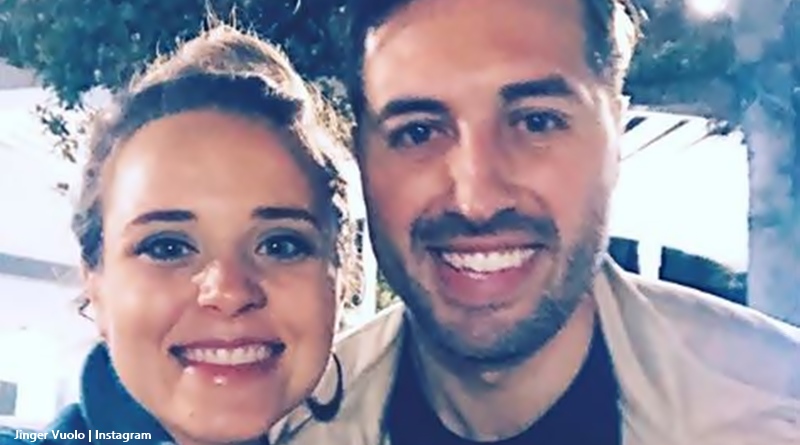 Jinger Vuolo’s fans heard confirmation that she and Jeremy expect a baby girl. They also discovered that the couple suffered an earlier miscarriage. Fans rushed to congratulate them. Of course, with the gender already revealed, fans await a name choice from the popular Counting On couple. Some TLC fans speculate they might choose the name, Hope.

Since the announcement that they expect a baby girl, and lost a baby through a miscarriage, fans eagerly scour Jinger’s Instagram for more hints. A couple of days after she shared the #BackOutTuesday black square, Jinger returned to her Instagram. This time, in a follow-up, she talked about hope. Right at the top of the post, Inquisitr‘s Treva Bowdoin noted that Jinger wrote, “H O P E.” Then, she focused on the “dark days” people experience right now. Obviously referring to the protests in the USA, she talked about how people should hope in God during this “uncertain time.”

Fans quickly spotted the repeated use of the word, “hope.” While it might seem a bit of a stretch that she hinted at the name, fans correctly guessed about the pregnancy through hints. This time,  Counting On fans thought she hinted the name, Hope. Amidst yet another interminable argument about Black Lives Matter, one follower said, about hope, “Great girls name too.” Another Jinger Vuolo fan agreed, saying, “yes, Hope and Faith…💓.”

One fan who took note of the message suggested, “awww you should name her Hope 💗.” More people liked the idea and one said, “Hope” sounds like a great name for a little girl 💕.” Then another one wrote, “Hope is a beautiful baby name as well!💕” One just outright asked her, “Is the babies name Hope?” Well, Jinger never answered, but maybe she sees those comments and considers it. Certainly, the name Hope would fall in with the Duggar family’s Christian beliefs.

H O P E It’s our solid confidence in who God is and what he has promised. And, in these dark days of turmoil, it’s the only anchor our souls have…it’s the only anchor they need. “We have this as a sure and steadfast anchor of the soul, a hope that enters into the inner place behind the curtain, where Jesus has gone as a forerunner on our behalf…” (Hebrews 6:19-20) I can guess you, like so many others have been feeling uncertain about what our future could hold. What would choosing hope look like for you, today, right here in this moment?

Babynames.com notes that the name originated in England and it means “Desire Of Fulfillment.” Additionally, the name become popular amongst the Puritans. No longer that popular, it ranks at number 255. It spiked to a high of 146, the year of the Columbine High School massacre. Then, according to The People History,  in 2001, Hope grabbed a spot at 150 in popularity. Recall, that year the USA experienced the Twin Towers attack.

Maybe Jinger Vuolo ends up choosing Hope as a name for her baby. After all, the coronavirus brought devastation to so many people across the world. And now, George Floyd’s death reveals a lot of division in the USA. What do you think? Sound off in the comments below.