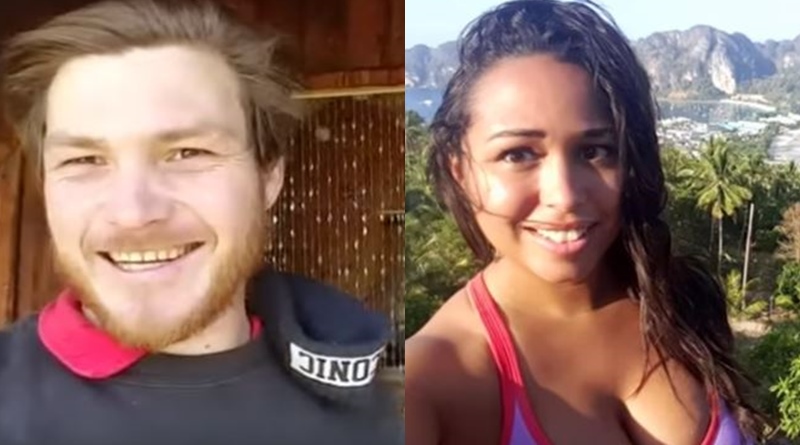 90 Day Fiance fans saw that Tania Maduro and Syngin Colchester returned to the TLC franchise on Happily Ever After? At the end of Season 7, the couple married and many fans thought Syngin lost his mind. In the current season of the show, fans see them negotiate their marriage. And, it’s not all roses like the ones she spread all over the airport when he arrived from South Africa. Now, it seems that Tania discovered it takes more than just love to make a marriage work.

90 Day Fiance: Happily Ever After? – Tania’s off work, Syngin needs a job

Fans know that Tania got involved in a car accident. Her injured foot stops her from working at the moment and she fears arthritis if she starts again too soon. So, physiotherapy’s important. In fact, they’d delayed their move from Connecticut. In the meantime, we noted that she and Syngin clash about him. They need an income, but she’s not keen on him bartending. Despite meeting him in a bar and doing some bartending work herself, she fears he might drink alcohol.

For now, the 90 Day Fiance couple survives on her savings. But sooner or later, he needs work. Last week, fans saw them bickering a bit about that. Actually, Syngin looked rather withdrawn and a lot less bouncy than he used to. He certainly misses his home in South Africa and fans think Tania treats him badly. Things didn’t go well for him. Firstly, when he arrived in the USA Tania’s friends hung around constantly. Then, Tana made him live in an unfinished and dirty shed while she went off to South America. Plus she told him he’s not her “soulmate.” Fans wondered why on earth he married her.

ET Online reported that in the upcoming episode, fans see more about the accident. Tania fears going out in the car still. She becomes frustrated at how long she needs to wait before returning to work herself. The medical professionals tell her she needs patience. She might take another three months yet before her foot heals enough for work. In the meantime, she and Syngin seem plagued by frustration. She feels she can’t trust him to stay away from alcohol. He needs work and she stops him from doing what he knows best – bartending.

ET spoke with Tania who said that marriage seems a bit difficult. Fans know Tania seems very controlling and Syngin previously seemed rather happy-go-lucky. The 90 Day Fiance star told the outlet, “If relationships were built only on love, we would have the best relationship ever.” But it looks like she discovered she and Syngin differ on a lot of things. It sounds like Tania feels uncertain their marriage works out. Noting those differences, she said, “If we can blend all that together, we’ll see.”

What do you think about Tania realizing marriage takes more than love? Do you think they rushed into an incompatible relationship? Sound off in the comments below.