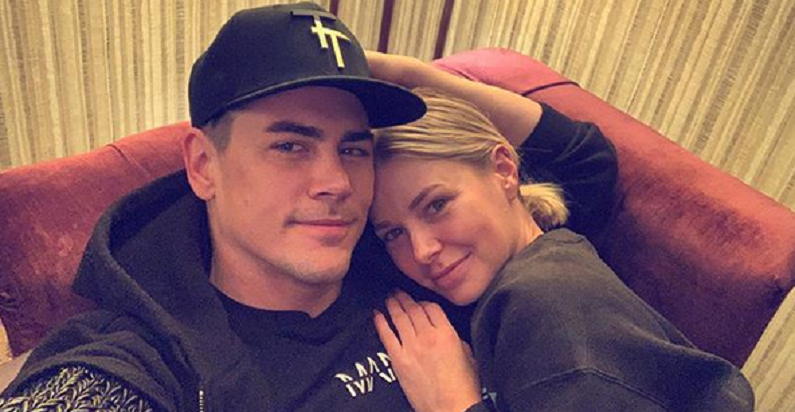 Tom Sandoval broke his silence on the Vanderpump Rules firings. Earlier this week, the TomTom manager returned to his hometown of St. Louis. He wanted to create awareness and support the local bars that are still struggling amid the coronavirus pandemic. Tom also addressed on the firings of his longtime friends and co-stars Stassi Schroeder and Kristen Doute.

This came after he refused to speak out about the firings. Before Bravo fired Stassi and Kristen, the reality star sat down for an interview with GQ magazine. Tom spoke on a wide variety of topics, most of which related to himself. But now he’s breaking his silence on the shocking firings.

Earlier this month, Bravo announced that Stassi Schroeder, Kristen Doute, Max Boyens, and Brett Caprioni would not return to VPR Season 9. The decision was made after Faith Stowers claimed Stassi and Kristen called the cops on her for a crime she did not commit. Also, Max and Brett were let go after their racially insensitive tweets resurfaced.

While helping out at a St. Louis bar, Tom Sandoval broke his silence. He feels that the show will change without the longtime co-stars.

“It’s crazy, it definitely changes things and honestly we’re just going to have to wait and see what happens,” he told KMOV4 reporter Alyssa Toomey.

Tom didn’t comment further about the scandal. He wanted to focus on promoting positivity. The Bravo star hails from St. Louis. He wanted to visit the city to lend some help to those struggling during the COVID-19 pandemic.

Tom visited Ferguson brewery, Hollylou, and the Silverleaf Lounge. He even got behind the bar, served drinks, and purchased the owners of the Hollylou bar a new refrigerator. Tom said that he doesn’t want to forget his humble beginnings.

Millions of people in the restaurant industry are out of work bc of #covıd19 including our @tomtom Family, @twschwa and I are donating 100% of our earnings from cameo to our TomTom Staff & matching the amount up to $10,000!! Book ur @cameo today and get a personalized message from the #2toms !! -❤️LINK IN BIO ❤️-Thank u so much everyone! Stay safe! We love u! #pumprules

“I’m thinking, you know, I’m a famous bartender,” Tom explained. “I can at least use my platform, my social media following to just drive awareness, visibility to these places.”

Tom wanted to put the drama aside to go on his St. Louis trip. He reconnected with old friends and family members. He admitted that he will never stop supporting his hometown.

“I love repping my hometown. You know I’ve lived out in LA for 15 years,” Tom continued. “I’ve lived in Chicago, New York, Miami but you know you never forget where you came from. You should always come back home and show love and reconnect.”

Despite being on a successful reality series, he never wants to forget where he came from. He also doesn’t forget the people that he left behind.

Tom Sandoval had a change of heart when he visited his hometown. It was a different attitude from what he had during his interview with GQ magazine, as per The Blast. Following the interview, GQ reached out to Tom to comment on Stassi and Kristen’s firing.

The magazine said Tom’s rep refused to respond to a request for comment on the ongoing Bravo firings. During the interview, Tom was willing to speak on a wide variety of topics. He also opened up about his experience of being bullied.

Reunion part 3 #pumprules tonight! This is how I get ready…

“I will always try to speak up when I feel like something’s not right,” Tom said. “You know, people in the cast. It’s like they’re afraid to speak up. I can tell that something’s bothering them and I sometimes feel like, okay, I guess I’ll have to be the one to say something.”

What are your thoughts on what Tom Sandoval said about the Vanderpump Rules firings? Do you agree that the show will change? Sound off below in the comments section.