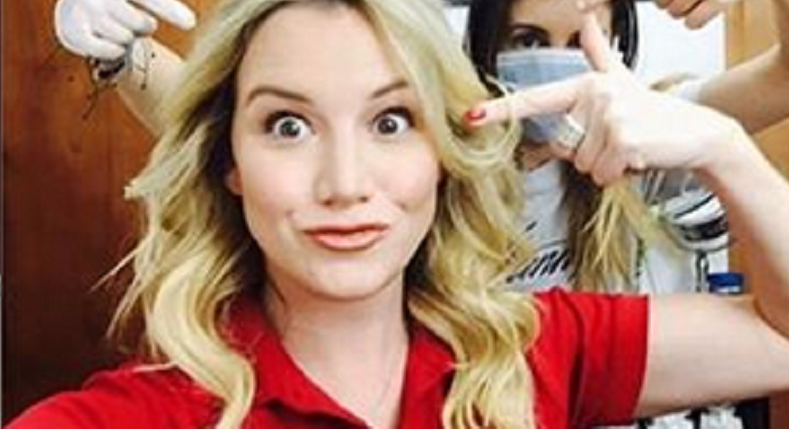 Below Deck Med star Hannah Ferrier “doesn’t really care about drama” anymore. This comes as no surprise to some fans. The chief stew announced that Season 5 would be her last. Shortly after, she announced that she’s expecting her first baby.

Hannah made it clear that she is done with the show. She wants to settle down. But, for now, Hannah has to talk about the drama that happens onboard. The 33-year-old spoke out about the drama on a recent episode of Reality Life with Kate Casey podcast. Hannah’s priorities are different now that she’s pregnant.

Hannah Ferrier has a different mindset

The Below Deck Med star found that her priorities have shifted lately. Hannah Ferrier deals with drama differently since she found out that she’s pregnant. She shared the details of how she changed her mindset.

“I was kind of dreading this season a little bit and really nervous, but … I know it sounds awful, but I just don’t really care anymore,” Hannah revealed, as quoted by Us Weekly. “It’s such a small and insignificant thing when I actually look at what I’m growing inside me now.”

Hannah deals with her anxiety differently. She refuses to cave in to those feelings since her baby can feel it. So, she’s learned to let things roll off her back. Hannah has become more self-assured as a result. The Bravo personality has “come to peace” with this mindset.

Below Deck Med star opens up about her pregnancy

Earlier this month, Hannah Ferrier announced that her and her boyfriend, Josh, are having a baby girl. She wrote on Instagram, “You are already my favorite adventure.” During the interview, Hannah revealed that she’s “five months along,” which is better than her “awful” first trimester.

“I was really, really sick,” Hannah said. “But if the quarantine is gonna happen at any time, it worked out really well for me because it was basically like I was staying home being sick … like the rest of the world.”

Despite her difficult journey, Hannah is looking forward to motherhood. On Monday night’s episode, she made it clear that she is ready to become a mother. Hannah looked like a natural with the charter guests’ children on the yacht.

On Below Deck Med, bosun Malia White didn’t know what to do when lead deckhand Peter Hunziker didn’t realize that calling her “sweetie” or “sweetheart” was unprofessional. He didn’t even realize that he did it in the first place. So, she brought up her frustrations to Captain Sandy Yawn, who immediately called an emergency meeting.

Some fans compared the “sweetie” comments to Hannah’s use of the word “honey.” The chief stew often used the word when speaking to her stews. On Twitter, she explained why the term “honey” is different than Peter’s use of “sweetie.”

“I’m not saying it to my boss and if any stew was uncomfortable they can say!” Hannah responded. “They can also call me ‘babe’, ‘chicka’ etc and it doesn’t bother me so we good…but thanks for the concern!”

Hannah also revealed that each department has different nicknames. So far, she has only worked with an all-female team.

Hannah Ferrier even has a cool way of responding to drama.