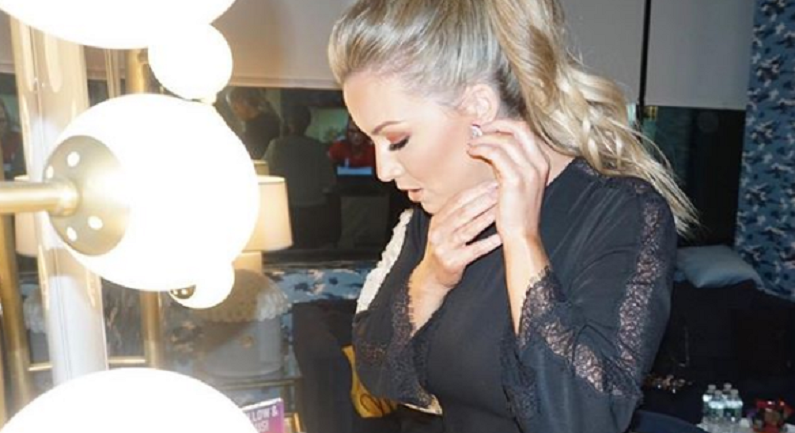 Here’s some good news for Below Deck Mediterranean fans. Chief stew Hannah Ferrier is expecting her first child. Looks like the Bravo family is growing. She confirmed the exciting news to The Daily Dish.

This comes after Hannah’s shocking announcement. Last month, she revealed that Season 5 of Below Deck Med will be her last. During the premiere episode, Hannah exclaimed that she was in a serious relationship. While she wouldn’t reveal any details, she did say this was a guy she could envision herself marrying and having kids with. It looks like Hannah’s dreams are going to come true.

Hannah Ferrier is pregnant with her first child

In an exclusive interview with The Daily Dish, Hannah Ferrier confirmed that she’s pregnant. She exclaimed that she’s having “a little mini-me on the way.” This comes after she moved into her new home in Australia on May 28. Hannah has been dating Josh for a year-and-a-half.

“I’m very excited,” she said about the baby news.

The Below Deck Mediterranean chief stew is five months along. She called the moment “a little surreal.”

“It was good though,” Hannah explained. “I think I had far more fun telling my partner.”

You are already my favourite adventure 💗 📸 @poppypetersonphotography

Hannah already knows the gender of the baby. But she’s keeping that a secret. She’s not having a gender reveal party. She admits that she’s “not a massive fan of those.”

The Bravo personality has been relatively tight-lipped about her relationship. She hasn’t even shared a photo of her boyfriend on her Instagram page. Instead, she shared this photo of herself showing off her baby bump in a white lace dress. She captioned the photo, “You are already my favourite adventure little one.”

Hannah won’t even reveal what name she has in mind for her baby. She only teased that she and her boyfriend have already picked a name out.

“Yeah, that was one of the first things,” she said. “I think we went back-and-forth a little bit, but I got my way in the end.”

Hannah shared the joyous news with a few members of the Below Deck crew: her Season 4 stews Aesha Scott and Anastasia Surmava, both of whom she’s “still very close” with.

Chief stew reveals Below Deck Mediterranean Season 5 is her last

This comes after Hannah Ferrier announced Season 5 will be her last. Below Deck Mediterranean returned to Bravo last Monday night for its fifth season, which is its biggest season yet. In a previous interview with Entertainment Tonight, Hannah said this will be her last time on the show. She noted her age and the unhappy people in the industry as the reasons why she’s leaving.

Hannah has been the chief stew on Below Deck Mediterranean since its premiere in 2016. This comes after Kate Chastain’s exit from the original series, Below Deck, earlier this year. Both women remarked that yachting is a “young people’s game,” meaning they both outgrew the industry that made them reality TV stars.

This decision also comes after a heated fourth season for Hannah and Captain Sandy Yawn, who she butts heads with again this season.